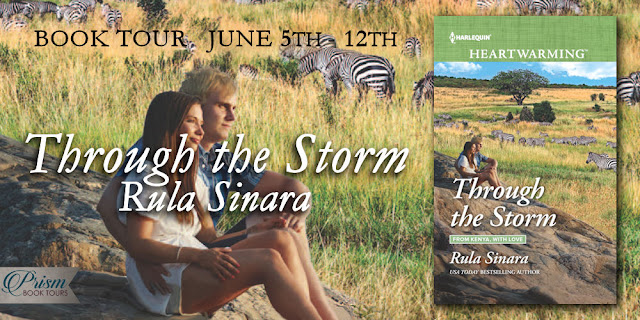 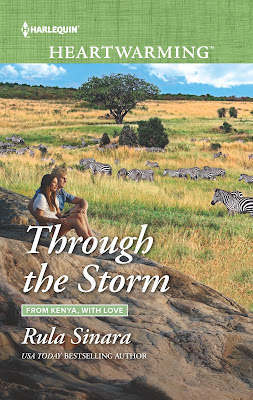 The biggest risk she’ll ever take…

Tessa Henning is no damsel. But she’s definitely in distress. If her husband really is involved in the ivory trade, he’ll come after her when he finds out what she’s uncovered. Unfortunately, the only person who can help is Mac Walker. Stubborn, fiercely independent, danger-loving bush pilot Mac Walker—with whom she shares custody of their orphaned nephew. Though Mac’s no knight in shining armor, he can keep her and their nephew safe in the Serengeti while they wait out this storm. But he can’t protect Tessa from the strange weather brewing inside her, stirring up feelings for Mac she wishes she could ignore.

Goodreads│Amazon│Barnes & Noble│Harlequin
Excerpt #1:
HE WOULD COME after her.

Without him, Tessa Henning wasn’t worth the dust left by a mercilessly harvested and exquisitely carved elephant’s tusk, but once he discovered she knew too much, Brice would hunt her down just the same. He’d come after her because she was a traitor. He’d find her because she was his wife and he believed in gratitude and loyalty. He expected it. Brice had put her on a pedestal…made her feel beautiful and wanted at a time when everyone else saw her as awkward. He’d given her a life of luxury and security. He’d been generous.

She closed her eyes. She hoped it had been love all this time. Maybe it still was. Maybe she was wrong about everything. Brice had always been a decent man. A decent husband. Marriage involved trust. But didn’t love and trust take two in a marriage? Love and trust were funny words. Tessa swallowed hard, but the lingering, bitter taste of uncertainty dried her throat even more. She needed to stop rationalizing.

Listen to your gut. Don’t ignore your instincts this time. This isn’t just about you anymore. There’s a kid involved.

The Busara elephant research and rescue camp on Kenya’s Serengeti is Anna Bekker’s life’s work. And it’s the last place she thought she’d run into Dr. Jackson Harper. As soon as he sets eyes on her four-year-old, Pippa, Anna knows he’ll never leave…without his daughter.
Furious doesn’t begin to describe how Jack feels. How could Anna keep this from him? He has to get his child back to the States. Yet as angry as he is with Anna, they still have a bond. But can it endure, despite the ocean–and the little girl–between them? 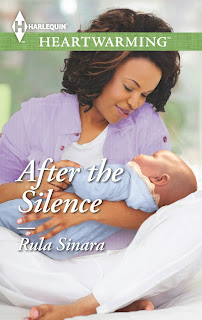 Does following her passion mean losing her way?
Marine Ben Corallis is an expert at facing death, but nothing comes close to the terror that grounds him when his wife is killed in a car accident the day he returns from duty. He’s left to raise an infant, a toddler and a ten-year-old girl who hasn’t uttered a word since her mother’s death.
It’s hard not to care for the widowed marine with three young children. Yet he’s still grieving, too burdened with guilt to fall in love again. And Hope Alwanga’s future as a doctor awaits her on the other side of the world, in Nairobi. If two such opposites can’t agree on a common country, how can they ever create a safe place to call home?
Goodreads│Amazon│Barnes & Noble│Harlequin 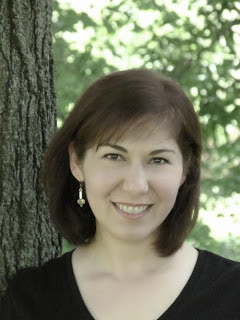 After a childhood enriched with exotic travels and adventures (both in books and real life), USA Today and Amazon Bestselling author Rula Sinara is now settled in rural Virginia with her husband, three boys and crazy but endearing pets. When she’s not writing, she’s busy attracting wildlife to her yard, watching romantic movies or researching trees on her garden wish list.
In addition to being a coffee addict, she’s also a 2015 HOLT Medallion Award of Merit winner, a 2014 National Reader’s Choice Award winner and double finalist, a 2015 Golden Quill Award Runner Up and a 2015 Book Buyers Best third place recipient. For updates on her releases and more, sign up for her newsletter.
Website│Blog│Goodreads│Facebook│Twitter│Pinterest
Tour Schedule 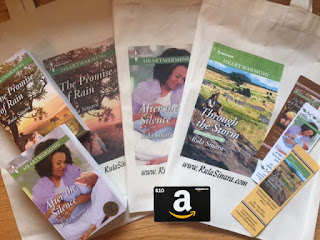 8 Responses to “Through the Storm by Rula Sinara – Excerpt + Giveaway”