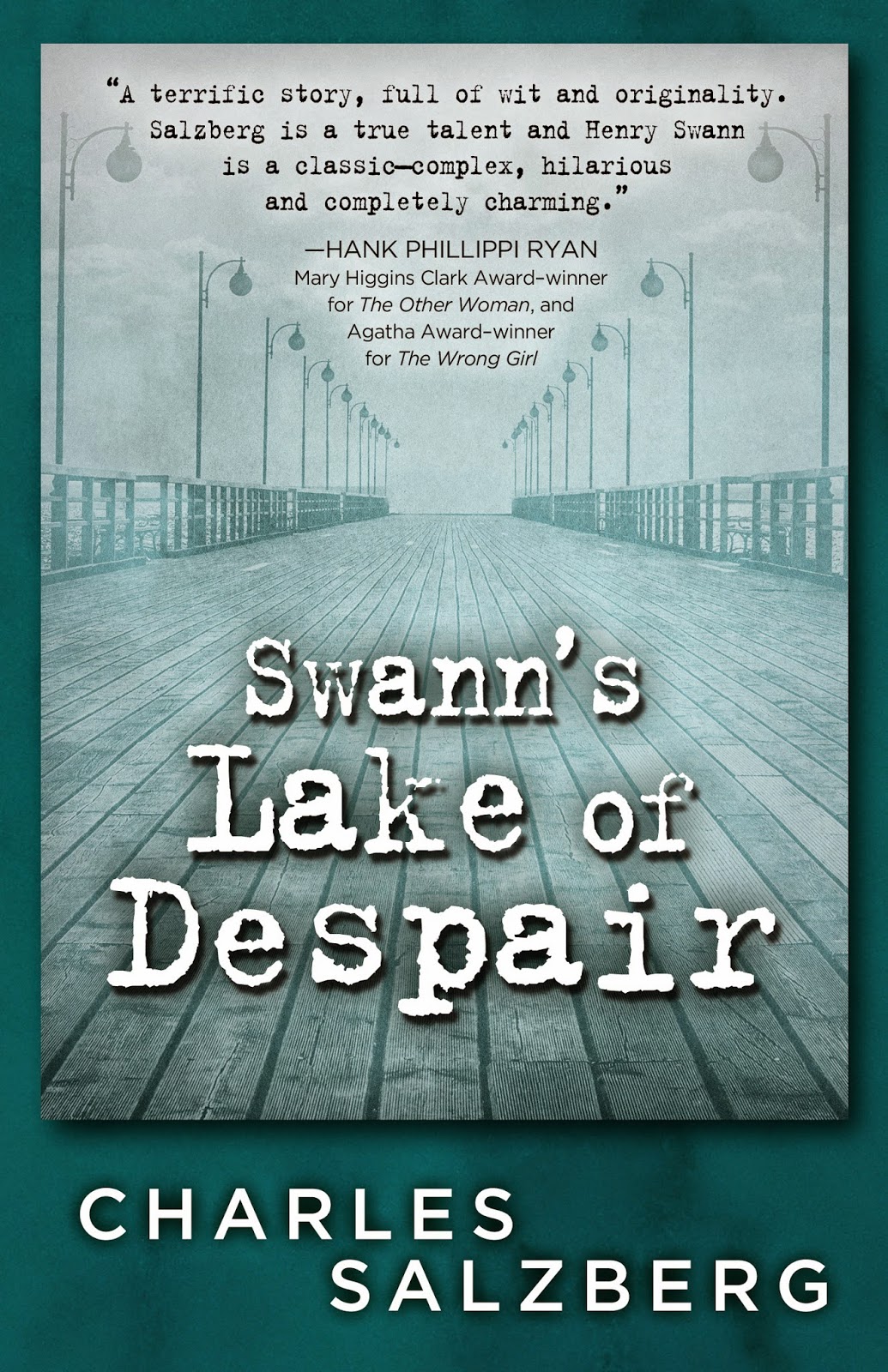 When rare photos, a scandalous diary, and a beautiful woman all go missing at once, the stage is set for three challenging cases for Henry Swann. It begins with an offer to partner up with his slovenly, unreliable frenemy, Goldblatt. The disbarred lawyer-turned-“facilitator” would provide the leads and muscle, while Swann would do all the fancy footwork. A lost diary by a free-loving Jazz Age flapper is worth enough to someone that Swann takes a beat down on an abandoned boardwalk. Pilfered photos of Marilyn Monroe propel him deep into the past of an alcoholic shutterbug, his wife; and he’s hired to search for a lonely writer’s runaway girlfriend. The cases converge and collide in a finale that lifts the curtain on crucial, deadly facts of life for everyone including Swann himself.

Swann’s Lake of Despair by Charles Salzberg is the first book I’ve read in the series, but I felt it did well as a stand-alone. This is a great mystery book with three cases and a detective who is very easy to root for. I found myself liking Swann right from the beginning. He just feels like an every day guy that you would know, like a neighbor. There is a lot of intrigue and mystery in this story and the author kept me guessing throughout. With three cases all intertwined, I was turning the pages fast to find out what was going to happen next. I thoroughly enjoyed this book and would be happy to read other books featuring Henry Swann.

Charles Salzberg is a freelance writer whose work has appeared in Esquire, New York magazine, Elle, Good Housekeeping, The New York Times Book Review, The New York Times, GQ and other periodicals. He is the author of over 20 non-fiction books and several novels, including Swann’s Last Song, which was nominated for a Shamus Award for Best First PI Novel, and the sequel, Swann Dives In. He also has taught been a Visiting Professor of Magazine at the S.I. Newhouse School of Public Communications, and taught writing at Sarah Lawrence College, the Writer’s Voice, and the New York Writers Workshop, where he is a Founding Member.

Win Your Own Copy of Swann’s Lake of Despair by Charles Salzberg: