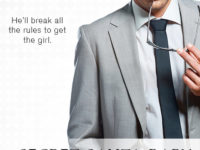 This holiday story from Robin Covington is sexy, short and sweet. Perfect for curling up in front of the Christmas tree after a busy day. I read this story while waiting in the emergency room with my boyfriend. It really sucked me in and kept my attention, even with all that was going on. I was so grateful to have this book on my Kindle!

Tessa and Nick had incredible chemistry. I liked that there was just enough of a backstory and conflict for a short story before diving into the heat. If you like hot quickies, you’ll love Secret Santa Baby by Robin Covington.

END_OF_DOCUMENT_TOKEN_TO_BE_REPLACED

I was so excited when I was asked to share a post featuring one of my favorite Entangled Indulgence authors. I knew right away that for my Indulgence Author Spotlight, I would choose the funny, snarky, sexy and crazy-talented Robin Covington! Any time I have the opportunity to share posts about Robin and her books, I jump on the chance. Robin writes characters that wriggle right into your heart.

END_OF_DOCUMENT_TOKEN_TO_BE_REPLACED

Get ready for Boiling Point! The next installment in Tessa Bailey’s thrilling Crossing the Line series.  We hope you love the cover as much as we do!

Con artist Austin Shaw’s been in disguise so long he’s not sure
where his fake identities end and he begins. Now that he’s been strong-armed
into working for a specialized undercover unit working with the Chicago
police—criminals with unique “skills”—the last thing he needs is to risk his
iron control. Especially when it comes to a certain stunningly sexy hacker who
tempts him with every look of disdain.

Polly Banks will never, ever trust a con man. On …