The Blind Split (A Rosedale Investigations Mystery)
by Lyn Farrell

About The Blind Split 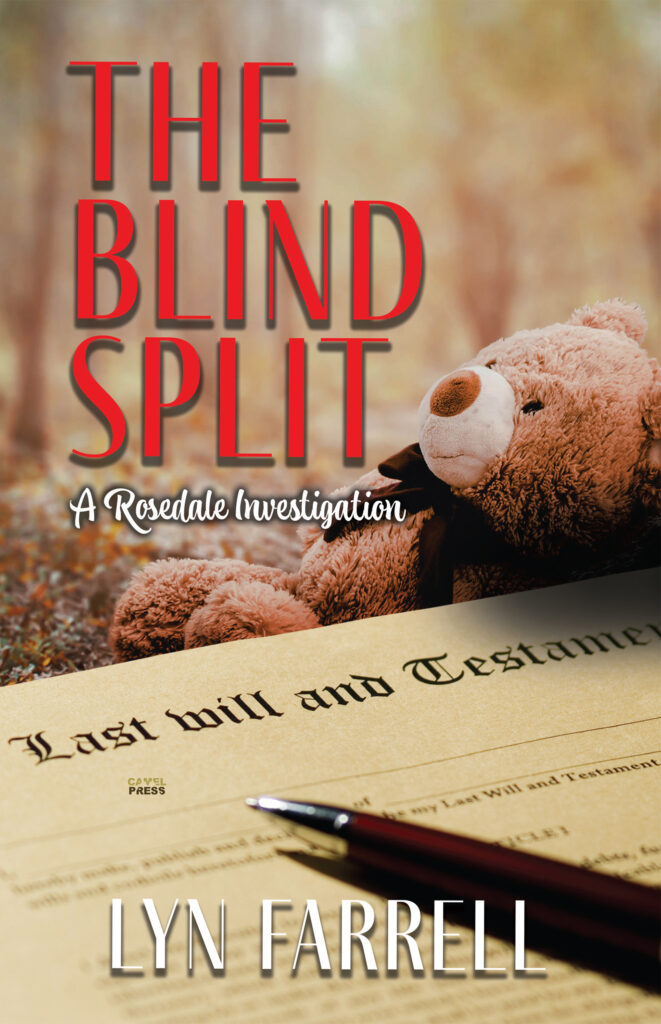 A new client, Lexie Lovell, brings Rosedale Investigations a compelling mystery. Her father died and left his estate to be split between her and her brother, Teddy. Lexie never knew she had a brother until the will was read and nobody has a clue where the boy and his mother are. Lexie can’t get her money until the boy is found and Rosedale Investigations keeps coming up empty.

When Wayne finally finds little Teddy in an abandoned farmhouse, his mother isn’t there. What could make a mother leave a toddler alone to starve to death? They find no evidence of drug use or mental illness. Has she been kidnapped? The trail goes cold until she is found comatose in a rural hospital. The doctors say she’s unlikely to regain consciousness.

Lovell’s attorney is stalling on giving Lexie her inheritance, (or paying Rosedale Investigations’ fee) and was the only person in the hospital room when Lexie’s father died. Did he commit murder to get his hands on Lovell’s money? And how did Lovell, an accountant in solo practice, assemble a multi-million dollar estate? This one’s a real page-turner that will keep you guessing right to the end. 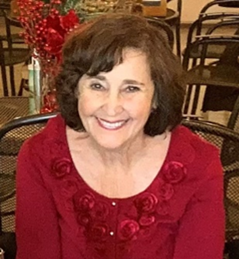 Writing as both Lia Farrell and Lyn Farrell, I’ve been publishing books since 2013. I decided to become a writer in the seventh grade. My home life was chaotic and I found peace spending summers at my grandmother’s dairy farm. With little supervision, I wandered the hundred and twenty-acre farm and discovered the beauty and healing power of nature. Today, when I need inspiration for my stories, I take long walks. My memories of the time I spent at the farm resulted in a novel “The Cottonwoods” released 8/21.

My first marriage had ended in divorce, leaving me with two young children. Five years later, I fell in love with a divorced professor with six children. Raising that many kids required working full-time. When I retired from Michigan State University, I returned to my original dream of becoming a writer. My daughter, Lisa, and I wrote the “Mae December mysteries” using the penname of Lia Farrell. They are amusing, mental puzzles called cozies, with an element of romance. Cozies are the gentlest subset of the broad genre of crime writing. It’s a comfort read that leaves you satisfied and at one with the world.

Now writing solo as Lyn Farrell, I recently published “The Blind Switch” (January 2021). It’s the first in a series about a private detective agency, Rosedale Investigations. Two of my readers’ favorite characters from the Mae December mysteries, Dory and Wayne Nichols, have starring roles in these books. “The Blind Split” (released 1/11) is the second in the series.

The Socrates Book Reviewer for “The Blind Switch” (the first book in the Rosedale Investigations series) commented that she didn’t see much character development for Detective PD Pascoe. Here’s the quote:

“I didn’t really get a good feel for Pascoe yet, even though he’s the owner of the company…”

I took her criticism to heart and PD becomes a more fully-fledged personality in “The Blind Split.” Often a character who appears in earlier works will get picked up and expanded later, because they fit better in a new story. That was the case with PD Pascoe.

In preparing to do this Guest Post, I re-read the chapter from “Two Dogs Lie Sleeping,” in which PD first appears. Sheriff Ben Bradley was looking into a cold case he thought might be relevant to a current investigation. Dory found the name of the Detective from the Nashville Police Post who did the original investigation—it was PD Pascoe. Ben drove out to meet with retired detective who lived out in a little cabin out in the country. Here’s the excerpted quote:

“Much of the mile-long driveway had eroded from rain. The sheriff’s police cruiser hit each and every pothole. He could feel the springs bouncing. When he drove up to the little place, Ben was reminded of the cabin that had been his grandfather’s and where he spent many happy days as a kid.

Detective Pascoe opened the door to let the sheriff in even before he knocked. The old man was in his early seventies and pale, but he still looked strong…

The men sat quietly, sipping their coffees. It had clouded over and there was distant thunder. A few minutes later rain pelted against the windows, looking like tears as it ran down the panes.

“Did you know Tom Ferris left town right around that time and hadn’t been back for fifteen years?” Pascoe nodded. “When he returned he visited his parent’s old house, where he was killed—shot in the back.”

PD looked into Ben’s eyes. “I read about his death in the paper. If you hadn’t called me I was going to try to reach you.”… Detective Pascoe then handed Ben a list of the names of the college men living in the Fraternity. “One of these guys is a murderer,” he rasped out. (Two Dogs Lie Sleeping, Farrell, Lia, 2014, Camel Press, pp. 90-93.)

The reader doesn’t get much of a sense of PD here, except for a feeling that the old guy is lonely and obsessed by a case he failed to solve. He’s also ill and fears he doesn’t have long to live.

When I resurrected PD to start Rosedale Investigations, I made the assumption he’d conquered his prostate cancer, and was invigorated by his new lease on life. Then an old pal of his from their days as soldiers in Viet Nam passed away, asking PD to take care of his granddaughter. That’s how PD met Billy Jo Bradley who was waiting table and living in her car. She moves into the house PD was remodeling for Rosedale Investigations and becomes a computer whiz, all of which adds to PD’s zest for life. Ultimately Billy Jo “adopts” PD as her grandfather.

In “The Blind Split,” PD is confined to his little cabin in the forest, due to his age which makes him at high risk for COVID and a sprained ankle. He doesn’t have internet access at his place because it’s a mile off the road, and so the team decides to hold weekly staff meetings outside on his large deck. The major case for the team is the disappearance of a little boy, Teddy Lovell, who is a recipient of half his father’s large estate. Throughout the case, PD insists that the disappearance of Teddy, and his mother, is all about the money. He’s right and ultimately, it is PD who figures out that the boy’s father was murdered and that his attorney is their prime suspect.

There is more to come for PD Pascoe, and (spoiler alert) in the third book in the series, he finds out he has a biological grandson who poses a risk to his relationship with Billy Jo to whom he is committed, but they aren’t related by blood. He says it doesn’t matter, but the reader is left with a feeling that it might. Billy Jo wants badly to become a partner in the business, and so far PD won’t agree. Their relationship is going to be further tested in the future as she and the new grandson jockey for PD’s favor. PD will have increased respect for Wayne and they will become friends. His relationship with Dory will also develop further; she will become more important to him and to the business. But it remains to be seen whether his earlier bout with cancer will recur and whether PD Pascoe will have a fight for his life on his hands.

If “Blind Split” is ever made into a tv series, I’d love for Donald Sutherland to play the part. 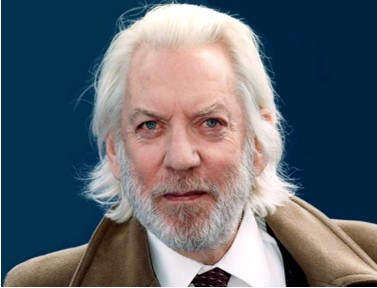 February 18 – Here’s How It Happened – REVIEW

February 19 – Escape With Dollycas Into A Good Book – SPOTLIGHT

February 21 – I Read What You Write – SPOTLIGHT, EXCERPT