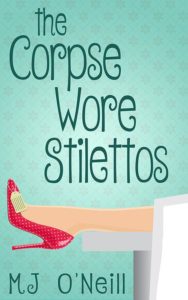 SHE WORE A DONNA KARAN MARKED FOR REPOSSESSION

Since Kat Waters’s father took a trip to the slammer on what she’s sure are trumped-up racketeering charges, life’s been tough. All their assets are frozen, and she’s down to the last few pairs of Jimmy Choos she can swap for rent. To keep her family out of the homeless shelter, the former socialite took a job at the local morgue—a job she’s about to lose when the body of a murder victim goes missing on her watch.

HE WORE A CAPTIVATING SMILE

While Kat’s processing the latest victim in the prostitute serial killings, ex-Special Forces soldier Burns McPhee strolls in with an air of confidence, expecting access to the Jane Doe. While Burns tries to flirt his way into examining the latest victim, whom he thinks is connected to the death of his best friend, someone else steals the body right out from under them.

Dodging questions from the cops and kidnapping attempts from a body-snatching psycho, Kat and Burns forge a deal. He’ll clear her name and keep her safe if she gets him information on her peculiar coworkers, one of whom he’s certain is involved with the body heist. But digging up secrets can lead to a lower life expectancy. The unlikely team will need all their talents not to end up as the morgue’s next clients while they hunt for a murderer, the missing corpse, and a pair of diamond-studded stilettos.

Where are you from?

“Something had happened here. In your life there are a few places, or maybe only one place, where something has happened. And then there are the other places, which are just other places.” – Alice Munro

St. Louis, Missouri – Gateway to the west. Home of the Arch, Budweiser and White Castle. Where 7-Up and the ice cream cone were invented. At one time it was the shoe manufacturer of the world and was the first American city to host an Olympics. Hometown of Maya Angelou, Yogi Berra, sex researchers Masters and Johnson and musicians Akon and Chuck Berry amongst others.

Also home to Kat Waters and her family, the protagonist of The Corpse Wore Stilettos.

I grew up in the small Midwest town of Granite City, Illinois, population 37,000. We were a half an hour drive from “the city” of St. Louis. We had a Kmart and the nearest mall was thirty minutes the other direction from St. Louis, in Fairview Heights. My parents were home bodies, so we didn’t often go to any of those places.

Granite City was a steel town. My dad worked at the mill. So did the dads of most the kids I went to school with. The surrounding area was farmland. Rural. As I grew up, I came to appreciate the meaning of “Midwest sensibility”.

When I was five my dad was transferred and we moved to another small town, Kingwood Texas. At the time, it was a brand new town thirty minutes outside of Houston. These days it’s considered a suburb. Much to my dismay, three years later, we moved back to Granite City.

At a young age, I was taught a big lesson on the value of place or setting in someone’s story. I moved from one small town to another. Any surface description of me would have been “small town girl” in both places. But details matter. These two small towns couldn’t have been more different.

Our house in Granite was on an old established block. Our neighbors were Catholics and they all seemed to have a gaggle of kids. A new town, recently sprung up on the far outskirts of a big oil mecca, Kingwood didn’t have many established anythings, including neighborhoods. One neighbor worked as a rough neck, the other a builder. Across the street from our newly-built house was a large forest. I had to walk through the forest greenbelt to get to the school. The people were different from what I had known. Everyone was on their own grand adventure in this newly-created place.

The hallmark of a good cozy mystery is its sense of place. From the inns of seaside Main to bakeries of towns like Lake Eden, I’ve spent many an hour in the picturesque and quirky places created in the imaginations of great writers. To me, cozy writers have this in common to some extent with fantasy and sci fi writers – they all world build. I can smell the cookies at Hannah Swensen’s as well as I can hear the tables groaning in the great hall of Pratchett’s Unseen University in Discworld.

But what would happen if we plucked Fortune out of Sinful, LA and dropped her in Louise Penny’s Three Pines?

Those early life experiences left a permanent imprint on me. When I first considered writing a cozy, I spent a lot of time thinking about settings and where I wanted to put my characters. Of course, in a cozy, occupation often plays a role as well – a coffee shop cozy being very different from a cruise ship cozy.

But ever the contrarian, I wanted my first cozy somewhere unique that would make people think “wait, that’s a cozy?” Of course, after receiving multiple rejection letters from publishers admonishing that “you can’t have a cozy in a morgue”, sometimes I wondered if I’d made the right choice.

Watching Kat and gang on the hunt for their corpse-naped body, I knew I had made the right choice. The setting was unique, yet offered practical amenities for a mystery. Going forward, she has a never ending supply of crimes right in front of her.

I chose St. Louis to put Kat’s morgue in for the same reason. I love St. Louis for all its contradictions. It’s a big small town. A shrinking city with a growing metropolis. St. Louis was one of the largest metro areas for a long time. Like many cities in the rustbelt, St. Louis has struggled to maintain its population. The city itself has seen a substantial decrease, down from eight hundred thousand in its hay days of the 1950s to three hundred thousand now. Yet, the surrounding metro area has stabilized the overall population.

The riverboat roots of St. Louis, as well as the city being one of the first homesteads of westward expansion have steeped it in a colorful history. As cities go, it has one of the richest and most gorgeous central parks I’ve been in, a thriving arts scene and a devoted sports fan base. With its big city amenities, the city also has its share of diverse people and culture as well as big city problems, providing a broad personality from which to draw. I’ve tried to bring that personality to life as Kat runs around searching for her missing body.

If I could live in any fictional place, I think you’d find me sipping my coffee at Luke’s Diner or hanging out with Lorelei at the Dragon Fly in Stars Hollow. How about you? What are some of the cozy places that have left an impact on you? 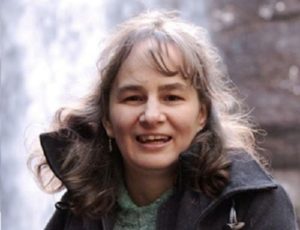 As the owner of a boutique chocolate factory in Atlanta, MJ O’Neill loves to write lighthearted, romantic mysteries with a sweet twist. She has a degree in business communications from North Carolina State University. When she’s not spinning a sweet yarn or creating delicious confections, she spends time with her husband, their kids, a hyperactive cocker spaniel named Devo (after the band), a princess tabby cat named Twilight (before the book stole her name) and a collection of stray fish. The whole gang can be found tooling around the back roads of the South in their RV where MJ uses the downtime to hatch her next sweet plot.