Author Willow Cross has stopped by today with a teaser from her book The Dark Gifts: Birthright!

Another growl rumbled through her chest as she took a step forward and to the side.

The man’s hands went up in front of him. “Now just calm down.” Still eyeing the door, he made a running break for it.

She slammed it shut before he could make it out. Cat-like, she pounced. She saw nothing other than the red haze covering her vision. Hot, slightly bitter fluid poured down her gullet, squelching the burn. Dizzy with the nearly orgasmic feel of it, her jaw tightened and she felt her teeth sink deeper into his flesh. His shrieks could not block out the slurping-sucking sounds as she drank. Inwardly screaming at herself to stop, she had no control. Nothing would stop the darkness from draining every last drop of the delicious nectar.

Within seconds, his cries of terror changed to barely audible pleas for mercy. “Don’t. You don’t have to. Please.”

The door behind them splintered from the hinges and slammed into them. Flying backward, Liz lost her hold on the man and scrambled to her feet. The raven haired man from the night before stood between her and the prey. “Get out of my way,” she hissed. 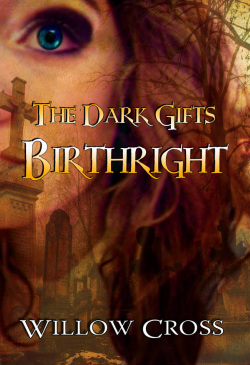 For one-thousand years, Druid prophecies foretold of a young witch destined to alter the fate of both human and immortal alike. This witch-turned-vampire would be capable of harnessing the supernatural abilities of both and, in a bloody rise to power, would rule with unwavering control.

Unwillingly thrust into a world she never dreamed existed, Liz Markum is catapulted into an ancient war between rival vampire factions. She must choose between those she loves and the ever-present darkness attempting to devour her very soul.

Only one question remains: Will Liz claim her birthright or surrender to the dark gift?

You can find it on Amazon, Barnes and Noble, and most online retail ebook stores. Print edition is available from Amazon and Createspace. 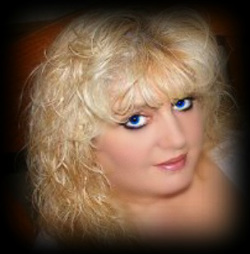 Her home has been known to host the occasional ghost and several of her friends profess to be witches. Although she dearly loves Vampires and Werewolves, they are never invited for dinner.