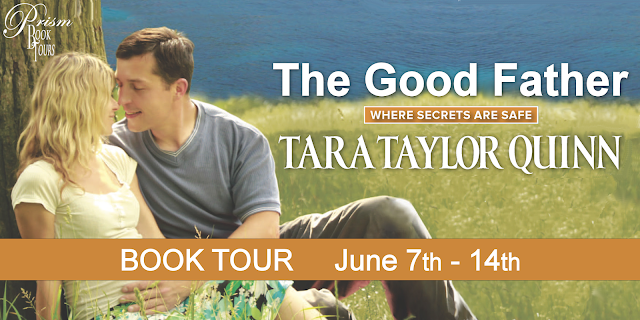 On Tour with Prism Book Tours.
Check out all of Tara’s events HERE. 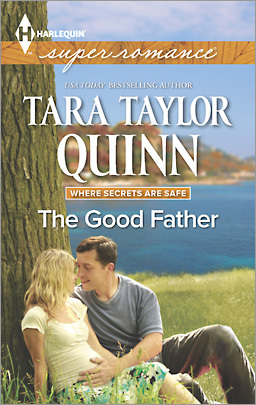 It seems a lifetime ago that Brett Ackerman wanted to share his life with Ella Wales. He really believed he could put his abusive family history behind him…until he realized it would always be part of him. Then he pushed her away. Hard.

Now Ella’s back as part of the High Risk Team at The Lemonade Stand, the unique women’s shelter Brett founded. And she needs his help with a family crisis. But even now, Brett can’t admit he still loves her. Until one night of passion with Ella turns Brett into the one thing he fears the most—a father.

Also in the Series

I am a survivor. That could mean any number of things, but in the world of domestic violence, it means I’m still alive. In my world, it means that I got out. Unlike many survivors, I was incredibly lucky. I was able to get out on my own when I was barely out of my teens. My abuser was not so much a violent man as an emotionally disturbed one. He came after me, but not violently. He just showed up in town. Or called. Or had others call, asking me to come back. I’d just lost my big brother to a car accident. In a way, the grief saved me. I couldn’t feel my abuser’s call for help. I couldn’t feel anything.

My abuser was a smart man. A believing man. He just had issues. Because of his childhood. My heart cried out for the child he’d been. Many many abusers come from dysfunctional childhoods. It’s makes women, who are nurturers, sympathetic to them. And so…we stay. We understand. We love. We will give our all to help. We believe and have hope. Which I did. Until the day I didn’t. I had a place to go. A friend who would let me stay with her. I wanted to stay with her so badly. And so I did.
And for thirty years I told no one. Not even my parents. No one knew what he’d been doing to me behind closed doors. I had no one to turn to for counseling. For encouragement. No support. Not because I didn’t have loved ones, but because they didn’t know. There were no bruises or visible scars. No, the scars were inside. Embedded deeply. Until they weren’t. By the time my truth reached the surface, I was a USA Today Bestselling Author with a career that I love. I had purpose.

When my story went public, my editor gave me another purpose. She wanted me to write a series of books revolving around a domestic violence shelter. I’d never felt more in commune with a project in my life. And so The Lemonade Stand was born. The Lemonade Stand, Where Secrets Are Safe. It’s a very unique women’s shelter. One that I wish so badly had been there for me to run to all those years ago. One that I wish existed today.

The stories don’t all take place at the Stand. Many of them don’t. Mostly they aren’t even interrelated. Residents come and go at the Stand. Things change. Some of the stories are straight romances. Stories of love and happiness on the other side of struggle. Some are suspense. And some just tug at me. The Good Father is one such story. It’s the story of the founder of The Lemonade Stand. No one knows him. No one at the Stand, and no readers of the series, either. He’s just someone I’ve known since the beginning of this series. And now I’m inviting you to meet him. His story is unusual. And more ordinary than many of us know. He’s taken hold of my heart. I hope you give him a chance to a hold of yours.

The Good Father is book six in the Where Secrets Are Safe series. Books seven, eight, and nine will be released next year.

Where Secrets Are Safe series:

Once A Family – Amazon | Barnes & Noble 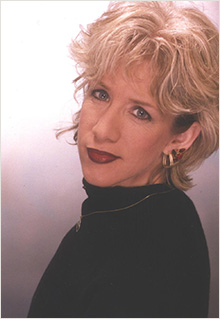 The author of more than 70 original novels, in twenty languages, Tara Taylor Quinn is a USA Today bestseller with over six million copies sold. She is known for delivering deeply emotional and psychologically astute novels of suspense and romance. Tara is a recipient of the Reader’s Choice Award, a five time finalist for the RWA Rita Award, the Reviewer’s Choice Award, the Bookseller’s Best Award and appears frequently on bestseller lists, including #1 placement on Amazon lists. Tara is the past-president of Romance Writers of America and served eight years on that board of directors. She has appeared on national and local TV across the country, including CBS Sunday Morning and is a frequent guest speaker. In her spare time Tara likes to travel, climb Arizona mountains, and inline skate. 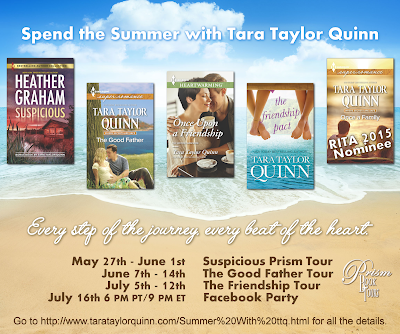 Click on the banner to take you to Tara’s landing page for all her tour events.

As part of Spend the Summer with Tara Taylor Quinn, Tara is holding a contest for those who share on social media about how they love life during the summer! Each day you can share an image, picture, or quote, linking to her events’ landing page (http://www.tarataylorquinn.com/Summer%20With%20ttq.html) to enter to win ONE BIG SUMMER BASKET!!! We’ll be pulling the best submissions and voting for the top one during her Facebook Party on July 16th. Pull out your creative juices and share your joy of summer, be it with friends, family, or the love of your life!

Beach-themed basket will include: shell wind chime, shell choker and matching bracelet, beach/flip flop note cards, picture frame, 4×6 picture album, plus some surprise print copies of Tara’s books (including Once Upon a Friendship).

Share must be public to be eligible. Can enter once each day. US only. Giveaway ends July 16th. 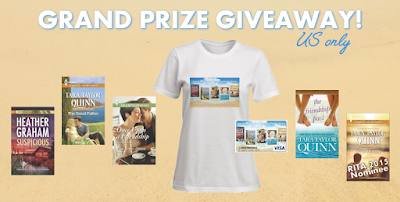 (All to one winner – US only.)
$10 VISA Gift Card
Copies of all five books on Tara’s Summer Tour
Spend the Summer with TTQ T-Shirt
Ends July 16th 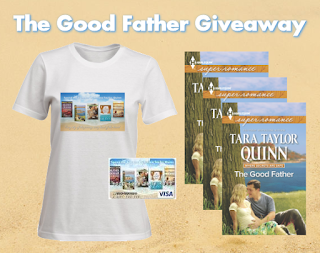