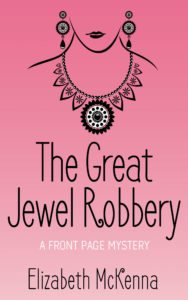 Mystery with a splash of romance…

Chicago Tribune reporters Emma and Grace have been best friends since college despite coming from different worlds. When Grace is assigned to cover an annual charity ball and auction being held at a lakeside mansion and her boyfriend bails on her, she brings Emma as her plus one. The night is going smoothly until Emma finds the host’s brother unconscious in the study. Though at first it is thought he was tipsy and stumbled, it soon becomes clear more is afoot, as the wall safe is empty and a three-million-dollar diamond necklace is missing. With visions of becoming ace investigative journalists, Emma and Grace set out to solve the mystery, much to the chagrin of the handsome local detective.

It was October of 2017, and I was burnt out and wallowing in self-pity. In early August, I had published my contemporary romance, First Crush Last Love, and the plot pulled heavily from my turbulent teens and dysfunctional twenties. I chose to write about my pain to exorcise it, but the process was draining. In late August, my youngest daughter went off to college. I was no longer a full-time mom and missed being with my girls every day. Then in late September, I was laid off from a company I had been with for twenty-two years. With one phone call from a manager I had never spoken to, I lost another part of my identity as well as my financial security and independence.

The good news? For the first time, I had endless hours to write. The bad news? I had nothing to say.

I still got up every morning at the same time as when I had a full-time job, but instead of heading to my home office, I sat in front of the TV. Friends encouraged me to take this gift of time to relax and decide what the next phase of my life should look like. But all I felt was boredom and guilt as I sent my husband off to work each day.

One day, the 2015 version of And Then There Were None was on cable. I love mysteries, I love Agatha Christie, and I love Aidan Turner (Poldark) shirtless and in a towel. (If you’ve seen this version, then you understand that last line. If you haven’t seen this version, find it and watch it.) Suddenly, I had my inspiration for my next book. I was going to reimagine And Then There Were None but set the story in a remote lodge in northern Wisconsin on New Year’s Eve.

I started Killer Resolutions that day, and it’s been really fun to write. It’s dark, full of murder, and hopefully will keep readers guessing who the real killer is. Unfortunately, in June of 2018, I had to put it aside to concentrate on The Great Jewel Robbery, but I plan on publishing Killer Resolutions in time to ring in 2020. Stay tuned!

Killer Resolutions
For fans of Agatha Christie’s And Then There Were None . . .
In a remote lodge in northern Wisconsin, friends gather for a festive New Year’s Eve weekend. When a blizzard traps them with a murderer, who will be left to kiss at midnight? 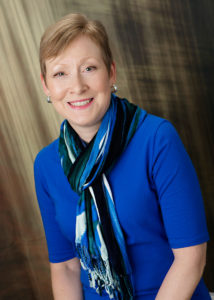 Elizabeth McKenna’s love of books reaches back to her childhood, where her tastes ranged from Nancy Drew and the Hardy Boys to Stephen King’s horror stories. She had never read a romance novel until one Christmas when her sister gave her the latest bestseller by Nora Roberts. She was hooked from page one (actually, she admits it was the first love scene). She combined her love of history, romance, and a happy ending to write Cera’s Place and Venice in the Moonlight. Her contemporary romance novel, First Crush Last Love, is loosely based on her life during her teens and twenties. The Great Jewel Robbery is her debut cozy mystery, and she hopes readers will like it as much as they have enjoyed her romances.

Elizabeth lives in Wisconsin with her understanding husband, two beautiful daughters, and a sassy Labrador. When she isn’t writing, working, or being a mom, she’s sleeping.