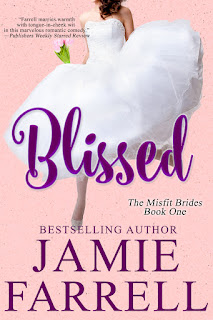 Welcome To Bliss, the Bridal Capitol of the Midwest!

Natalie Castellano practically has it all—beauty, brains, and a stellar reputation. Because childbearing hips and exhaustion lines are totally sexy. And knowing when to let go of her family’s failing bridal boutique is smart…right? Plus, who doesn’t want to be that divorced mother in Bliss?

With all she has going for her, it would be selfish to secretly wish for love too. Who needs it? Definitely not Nat. But perhaps she does need to take her wedding dress-obsessed little boy somewhere else for a fresh start.

CJ Blue is on top of the world. At least, he was last week when he stood on the summit of Mount Kilimanjaro. Now, he’s in an empty confessional, hiding from the hullabaloo of a family wedding. Aka the depths of hell.

His meddling relatives want to poke at the deep psychological wounds he supposedly bears from being a twenty-something widower. But he doesn’t want to talk, he doesn’t want to be fussed over, and he certainly doesn’t want another chance to fail at love. He just wants to get through this wedding and back to his adventurous life.

But when a dark-haired, wounded-eye beauty invades his sanctuary and whispers a secret he was never supposed to know, he gets swept up in her life. Is he brave enough to tackle the adventure of life in Bliss, or will he walk away from the only woman in the world who could offer him love, forgiveness, and a second chance? 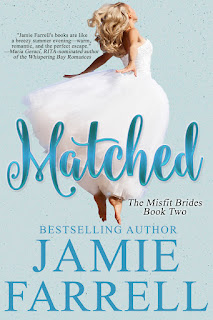 Welcome Back to Bliss, The Land of Happily Ever Afters!

Lindsey Castellano couldn’t ask for more. She’s the most successful divorce lawyer ever raised in Bliss. (Never mind that she’s the only one.) She’s her nephew’s favorite aunt. (For the moment, anyway.) And thanks to a little gift (or curse) from the universe, she’s an expert at avoiding love, commitment, and inevitable heartbreak. Or so she thought until the night of her sister’s wedding.

Will Truitt might’ve grown up living a country song—his momma died, his daddy went to prison, and his dog ran away—but as an adult, he’s been blessed by the country rock gods. Being Billy Brenton on stage isn’t an honor he takes lightly. He likes to give back what fame has given him, which is how he finds himself happily crashing a wedding in this quirky little bridal-obsessed town. The one thing he isn’t counting on, though, is colliding with the only girl he ever let himself love.

It’s been fifteen years since Lindsey shattered his heart. Then, she’d been a sorority girl on her way to the top, and he’d been a lowly janitor with a little bit of a dream. Now he’s on top of the world, and she’s the last person he should need or want.

But she’s the only person who has ever inspired his music. And he’s the only man she’s never been able to forget. Have the years made them wiser, stronger, and better able to love, or this time, will they simply crash and burn harder? 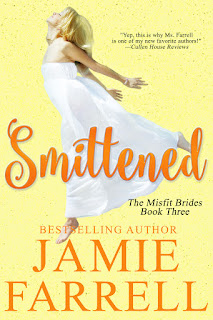 A Bad Boy, a Good Girl, and Ice Cream Collide in the Best Little Wedding Town in America!

Dahlia Mallard has finally found her destiny—running an ice cream shop in the happiest bridal town in the Midwest. Problem is, her heart is bigger than her bank account, and she needs a serious influx of cash to get through the winter. Her last-ditch effort? Getting country music superstar Billy Brenton to commit to attending her risqué flavor-tasting event to boost ticket sales. But the closest she can get to Billy is his drummer, the womanizing Mikey Diamond.

Mikey loves the ladies, and he makes no secret of it. But he’s not such a fan of this town devoted to weddings, love, and marriage. And he’s even less of a fan of people using him to get to Billy. When circumstances land Mikey in Dahlia’s house, though, all his caution—and all his interest in any other single ladies—flies out the window. Dahlia’s quirky and funny and, unlike all the other women he’s ever known, she doesn’t tolerate any of his baloney. But when Mikey discovers that Dahlia, too, is using him to get close to Billy, will he take the chance to be her hero instead, or will he revert to his manwhore ways? 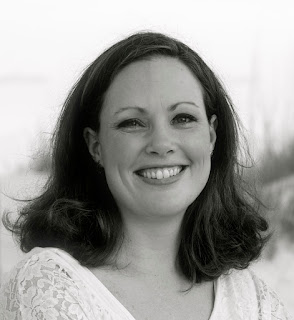 Jamie Farrell writes fun contemporary romances with quirky characters and lots of heart. She believes love, laughter, and bacon are the most powerful forces in the universe. Her debut novel, Southern Fried Blues, was a finalist for the 2013 National Readers’ Choice Awards and the 2014 National Excellence in Romance Fiction Awards.

A native Midwesterner, Jamie has lived in the South the majority of her adult life. When she’s not writing, she and her military hero husband are busy raising three hilariously unpredictable children.

Join Jamie’s Feisty Belles! The Feisty Belles is a fan group with open membership. Members get exclusive content and other fun stuff. 🙂
https://www.facebook.com/groups/FeistyBelles/