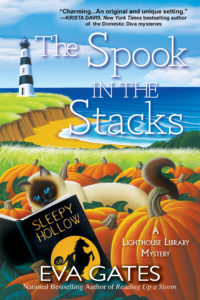 The Spook in the Stacks by Eva Gates
A Lighthouse Library Mystery #4
Crooked Lane Books • June 12, 2018

Wealthy businessman Jay Ruddle is considering donating his extensive collection of North Carolina historical documents to the Bodie Island Lighthouse Library, but the competition for the collection is fierce. Unfortunately, while the library is hosting a lecture on ghostly legends, Jay becomes one of the dearly departed in the rare books section. Now, it’s up to Lucy Richardson and her fellow librarians to bone up on their detective skills and discover who is responsible for this wicked Halloween homicide.

Meanwhile, very strange things are happening at the library―haunted horses are materializing in the marsh, the lights seem to have an eerie life of their own, and the tiny crew of a model ship appears to move around when no one is watching. Is Lucy at her wit’s end? Or can it be that the Bodie Island Lighthouse really is haunted?

With The Legend of Sleepy Hollow on everyone’s minds and ghoulish gossip on everyone’s lips, Lucy will need to separate the clues from the boos if she wants to crack this case without losing her head in The Spook in the Stacks, the delightful fourth in national bestseller Eva Gates’ Lighthouse Library mysteries.

For most of us, it’s been a long time since we read any of the great classic novels of literature. I include myself among those numbers. The classics have a lot to teach us: about story-telling, about creating interesting characters and captivating plots, as well as providing a valuable glimpse at life in times that are not our own.

When I first came up with the idea of the club, my intention was that the purpose of the club would be to have it provide a chance for the characters to get together (and let murder and mayhem ensue). But soon it became far more than that, and I found myself tying the book they’re reading into the plot of the novel.

It’s turned out to be a lot of fun. Not only in between the pages, but for me as well, as I have to re-read the classic books I’m referring to, either for the first time or to refresh my memory.

In the second book in the series, Booked for Trouble, the group is reading Pride and Prejudice. Lucy Richardson’s mother arrives in the Outer Banks to try to get Lucy to come home to Boston to marry the man the family intended for her.

In the third book, Reading Up A Storm (April 2016), the club is reading Kidnapped by Robert Louis Stephenson. I re-read it myself and greatly enjoyed it. The accents and the language can be hard to follow in some places, but it’s a rip-roaring tale of daring-do on the high seas and the Highlands of Scotland. Reading Up A Storm begins when Lucy Richardson looks out the fourth-floor window of the lighthouse. A storm is raging outside, and between the sheets of rain, she sees lights on the beach. Lights where there should be no lights. The next morning a boat is found washed up and wrecked on the beach, lured to its doom by the mysterious lights.

As well as that, we have a long-lost heir, a crusty old sea-captain, and a climax Lucy borrows directly from Kidnapped.

“A…tale of men at sea, battling the elements,” says Butch Greenblatt to the book club. 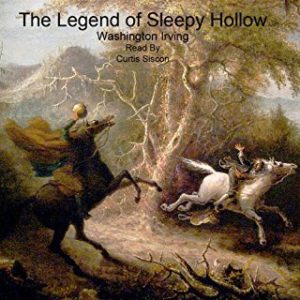 The fourth book in the series, The Spook in the Stacks, is set at Halloween. I wanted a seasonally appropriate book, but not something that might be considered horror. The Legend of Sleepy Hollow by Washington Irving turned out to be perfect. It’s simple and absolutely charming, and the tale of two men vying for the hand of the rich man’s daughter suited my book perfectly. Sleepy Hollow is quite short, so I decided to incorporate Irving’s Bracebridge Hall as well. In the interest of full honesty, I’ll confess that I didn’t like it and I am not recommending anyone read it to get ready for The Spook in the Stacks. It’s loooooong and tedious. It’s not a novel, as we understand it, but a series of character sketches.

But I got lots of good ideas for The Spook in the Stacks from it. 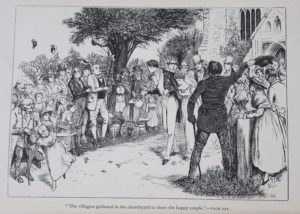 The book I’d been reading lay on my night table. The Collected Works of Washington Irving, which I hadn’t finished in time for book club last week. Specifically the story “Bracebridge Hall”. Noises in the marsh. The Wild Huntsman. A ghostly horse. A storm ship.

–The Spook in the Stacks by Eva Gates 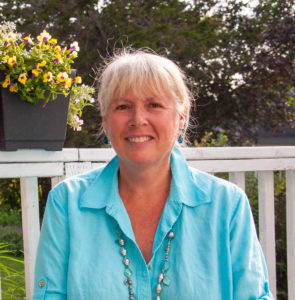 Vicki Delany is one of Canada’s most prolific and varied crime writers and a national bestseller in the U.S. She has written more than twenty-five books: clever cozies to Gothic thrillers to gritty police procedurals, to historical fiction and novellas for adult literacy. She is currently writing three cozy mystery series: the Sherlock Holmes Bookshop series for Crooked Lane, the Year Round Christmas mysteries for Penguin Random House and, under the pen name of Eva Gates, the Lighthouse Library series, for Crooked Lane Books.

Vicki lives and writes in bucolic Prince Edward County, Ontario. She is the past president of the Crime Writers of Canada. Her work has been nominated for the Derringer, the Bony Blithe, the Ontario Library Association Golden Oak, and the Arthur Ellis Awards.