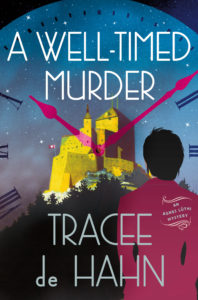 Swiss-American police officer Agnes Lüthi is on leave in Lausanne, Switzerland, recovering from injuries she sustained in her last case, when an old colleague invites her to the world’s premier watch and jewelry trade show at the grand Messe Basel Exhibition Hall. Little does Agnes know, another friend of hers, Julien Vallotton, is at the same trade show—and he’s looking for Agnes. Julien Vallotton was friends with Guy Chavanon, a master of one of Switzerland’s oldest arts: watchmaking. Chavanon died a week ago, and his daughter doesn’t believe his death was accidental. Shortly before he died, Chavanon boasted that he’d discovered a new technique that would revolutionize the watchmaking industry, and she believes he may have been killed for it. Reluctantly, Agnes agrees to investigate his death. But the world of Swiss watchmaking is guarded and secretive, and before she realizes it, Agnes may be walking straight into the path of a killer.

Tracee de Hahn’s next mystery, A Well-Timed Murder, is another magnetic mystery that will engross readers from the opening page to the stunning conclusion.

Writing a book takes the mind many places. While preparing for A Well-Timed Murder I traveled throughout Switzerland, visiting places I knew from my years living there. I also traveled vicariously to Alnwick Castle in England. All part of the fun of research.

Top of the list in Switzerland was Baselworld, the annual watch and jewelry show. Takes aways from the week-long extravaganza? Luxury, glamour and a lot of technologic precision go together to make watches at this level. When you take into consideration how important the watch industry is to Switzerland, the recipe for murder takes shape.

Once I had a sense of the story I decided my protagonist, Agnes Lüthi, deserved a chance to travel beyond the confines of the watch show in Basel. This sent her into the foothills near Rossemaison where I situated my boarding school, the Moutier Institut de Jeunes Gens. Farther west she journeyed to La Chaux-de-Fonds in the heart of historic watchmaking country. Architecture buffs might recognize this as the town where Le Corbusier, probably the most famous architect of the early 20th century, built his first houses, very different structures from the stark modernism of his later work. I appropriated one of them, called the Maison blanche (White House), made a few changes and made it the family home of my murder victim.

On the way to look at the houses of Le Corbusier, I stopped at the International Watchmaking Museum in La Chaux-de-Fonds to learn more about the history of clocks and watches. Some of the constructions are as large as a small room, and others as tiny as the palm of a baby’s hand. The 4,000 exhibits are all examples of mastery of technique and artistry ranging from early time keeping methods of the ancient world to today’s trends.

While Agnes’s investigation doesn’t take her to the museum, she does run into other parts of my research. The vicarious part.

Alnwick Castel in Northumberland, England has a famous poison garden. (As a mystery writer who could pass up the notion that visitors have passed out from merely smelling the plants!) The garden is relatively new, begun in 1995 by the current duchess, and is based on the Medici poison garden in Italy. I immediately had to have one! I already had a large walled kitchen garden at my boarding school….. hmmm… reserving a corner for a poison garden seemed like a great idea.

Agnes benefited from another bit of on-site inspiration. The sight of a long row of luxury vehicles parked outside the main hall at Baselworld led me to the introduction of a Ferrari Pininfarina Sergio. While I didn’t have the courage to assign it to Agnes – not at all appropriate for a hardworking mother of three boys – it was a fun car to bring into the action. Without giving anything away, let’s just say that fast cars have their use.

Finally, while traveling there was plenty of time to stop and reflect. Stop and make notes. Stop and eat! The cafes at Baselworld were always bustling with patrons considering their purchases and I let Agnes take full advantage of that. For me, rest stops along the road were an opportunity to taste a range of cheeses and pastries. And, of course, no trip to Switzerland would be complete without a coffee and something sweet at Spruengli.

Altogether A Well-Timed Murder was fun to research and hopefully entertaining to read. 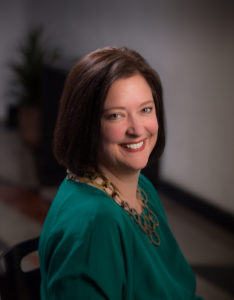 Tracee de Hahn is the author of the Agnes Lüthi mysteries, which were inspired by her years living in Switzerland. Prior to writing full time she practiced architecture and was head of university alumni relations at a major west coast university. Currently, she and her Swiss-architect husband live in southwest Virginia with their Jack Russell Terriers. She is a member of Sisters in Crime, International Thriller Writers and Mystery Writers of America.

I am also giving away one hardcover copy of A Well-Timed Murder to one lucky Brooke Blogs reader. For your chance to win, please comment on this blog post. Then, fill out the Google Form below to make sure I have your entry! You can also share this post on social media daily for additional entries. Each share gives you one extra entry into the giveaway. This giveaway is open to US residents only and ends at 11:59 PM EST on February 11, 2018. Winner will be randomly selected from all eligible entries and contacted via email. You will have 48 hours to respond or a new winner will be selected. Good luck!

If you are unable to see the Google Form above, please click here to complete your entry after commenting.