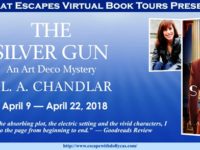 New York City, 1936. In the midst of the Great Depression, the Big Apple is defiantly striving toward an era infused with art, architecture, and economic progress under the dynamic Mayor La Guardia. But those in City Hall know that tumultuous times can inspire both optimism and deadly danger…

It’s been six months since Lane Sanders was appointed Mayor Fiorello “Fio” La Guardia’s new personal aide, and the twenty-three-year-old is sprinting in her Mary Janes to match her boss’s pace. Despite dealing with vitriol from the Tammany Hall political machine and managing endless revitalization efforts, Fio hasn’t slowed down a bit during his years in office. …