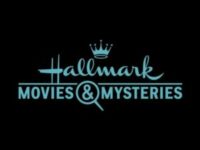 Hailey Dean knows District Attorney Paulina D’Orazio is innocent of the murder of a man she once put behind bars and must do all she can to prove it in the face of mounting evidence.

Last Sunday evening, I capped off an awesome Mother’s Day by watching the premiere of Hailey Dean Mysteries: A Prescription for Murder. It was a great movie and the mystery kept me guessing. And then that cliffhanger ending! I have been anxiously awaiting this week’s premiere of Killer Sentence so I can find out just what …

END_OF_DOCUMENT_TOKEN_TO_BE_REPLACED

Every human life is supposed to be important. Everyone should matter. But that’s not the case in the cutthroat TV news-rating world where Clare Carlson works. Sex, money, and power sell. Only murder victims of the right social strata are considered worth covering. Not the murder of a “nobody.”

So, when the battered body of a homeless woman named Dora Gayle is found on the streets of New York City, her murder barely gets a mention in the media. But Clare―a TV news director who still has a reporter’s instincts―decides to dig deeper into the seemingly meaningless death. She uncovers mysterious links between Gayle and a number of wealthy and influential figures. …