One tenacious local detective can only get the help he needs from a former forensic photographer with a serial killer on the loose in the new romantic thriller from New York Times bestselling author Laura Griffin.

When former forensic photographer Miranda Rhoads moves to the seaside town of Lost Beach, she’s decided to make her living as a wildlife photographer and put crime scenes behind her. But her plans are quickly upended when one morning, she comes across a couple sleeping in a canoe, entwined in an embrace. Looking closer, she realizes the man and woman aren’t asleep—they’ve been murdered.

Detective Joel Breda sets out to find answers–not only …

END_OF_DOCUMENT_TOKEN_TO_BE_REPLACED 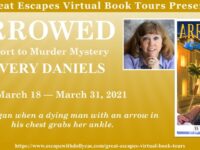 It all began when a dying man with an arrow in his chest grabs her ankle.

During a heatwave at a Santa Fe resort, Julienne has the resort owner pressuring her to solve the murder. The victim is a high-profile businessman who made enemies rather than friends, leaving Julienne with a roster of suspects. She was supposed to be training the staff and spending quality time with Mason rather than investigating a murder. The heat turns up when an old girlfriend of Mason’s checks in and is determined to get back together.

END_OF_DOCUMENT_TOKEN_TO_BE_REPLACED

Reckless, an all new opposites attract standalone romance from USA Today bestselling author Adriana Locke is coming April 8th, and we have the delicious cover!

That’s not what you want to hear when you’re staring into the sea-green eyes of the hottest man you’ve ever seen. Yet I suppose it’s a fair question, considering I’m an uninvited stranger standing in Boone Mason’s kitchen.

If you think that’s bad—just wait. It gets worse.

This charming and wealthy playboy, who can’t pay his bills on time or find his way to the grocery store (but we all have flaws, right?), is sweet. Confident. Playful. He’s almost perfect. And, to make matters worse …

END_OF_DOCUMENT_TOKEN_TO_BE_REPLACED

Down South Cafe owner Amy Flowers learns her chocolate truffles might not be the only things her patrons find “out of this world.”

When her cousin, Jackie, asks her to give a presentation to her online class, Amy thinks all she has to worry about is speaking before a group. But then the nitpicky professor collapses. He has been murdered, and hot-tempered Jackie is …

END_OF_DOCUMENT_TOKEN_TO_BE_REPLACED 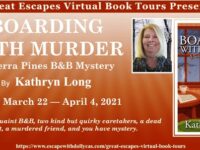 Take one quaint B&B, two kind but quirky caretakers, a dead aunt, a murdered friend, and you have mystery. Ali Winston finds she’s inherited trouble along with her aunt’s B&B, but can she reveal the killer before the curtain closes?

Retired teacher, Kathryn Long now spends her days plotting and writing mysteries. Her most recent credits are romantic suspense novel, A DEADLY DEED GROWS and mystery, BURIED IN SIN. She’s a member of Sisters in Crime …

END_OF_DOCUMENT_TOKEN_TO_BE_REPLACED 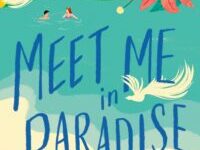 Marin Cole has never:
Seen the ocean
Climbed a mountain
Taken a risk on love
….But if her sister’s plan works, she just might do all three.

Ever since her journalist mother died on assignment, Marin has played it safe, refusing to set foot outside the state of Tennessee. Her wild-child younger sister, Sadie, has trotted the globe as a photographer, living off of art and adrenaline.

When Sadie returns from a tough assignment abroad and looks a little worse for wear, Marin reluctantly agrees to a sisters’ spa weekend on the tropical island of Saba. But her lifelong fear of travel is affirmed when Sadie misses the flight, Marin’s luggage gets mixed up …

END_OF_DOCUMENT_TOKEN_TO_BE_REPLACED

Piper and Samantha are in heaven. Well, close. More like a long weekend at the O Heavenly Day Spa.
A few mysterious notes start appearing everywhere, things get uncomfortable. As spa treatments go awry things get dangerous. A threatening message convinces Piper and Sam that they have to find out who is behind all of these disasters. When the smoke …

END_OF_DOCUMENT_TOKEN_TO_BE_REPLACED

Murder by Page One: A Peach Coast Library Mystery
by Olivia Matthews
About Murder Page One

If you love Hallmark mystery movies,
you’ll love this cozy mystery
with humor, intrigue, and a librarian amateur sleuth.

Marvey, a librarian, has moved from Brooklyn to a quirky small town in Georgia. When she’s not at the library organizing events for readers, she’s handcrafting book-themed jewelry and looking after her cranky cat. At times, her new life in the South still feels strange…and that’s before …

END_OF_DOCUMENT_TOKEN_TO_BE_REPLACED 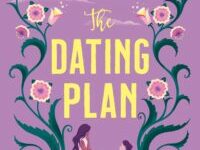 Even with a step-by-step plan, these fake fiancés might accidentally fall for each other in this hilarious, heartfelt romantic comedy from the author of The Marriage Game.

Daisy Patel is a software engineer who understands lists and logic better than bosses and boyfriends. With her life all planned out, and no interest in love, the one thing she can’t give her family is the marriage they expect. Left with few options, she asks her childhood crush to be her decoy fiancé.

Liam Murphy is a venture capitalist with something to prove. When he learns that his inheritance is contingent on being married, he realizes his best friend’s little sister has the perfect …

END_OF_DOCUMENT_TOKEN_TO_BE_REPLACED

How can a homicide be prevented when it’s still only in some stranger’s head?

I intend to commit a murder

She doesn’t know who the killer is.

She doesn’t know who his victim will be.

She doesn’t know where, when and how he will strike.

But there is one thing she does know: If she doesn’t learn to think like a killer, someone’s going to get away with murder.

“The tension builds page after page, chapter after chapter, between the psycho driven to kill and the reporter determined to …