Years after the Willis Asylum closed, the secrets of its past lingered in its decaying halls as a reminder to the good people of Auburn Notch—when Evil closes a door, he also opens a window. Sheriff Promise Flynn was new to the town, and she was about to find out some windows should never be opened.

Promise Flynn is an overly impulsive Metro Detective whose disregard for procedure finally resulted in her being shot and left for dead during an investigation. To repair her bruised ego and splintered confidence she abandons the callous dark alleys of Chicago to patrol the quiet, birch-lined streets of Auburn Notch—a favorite vacation spot of her youth. For two years everything was idyllic, until the body of a young girl found in the abandoned asylum outside of town awakens the insecurities she thought her new life would insulate her from.

As the new Sheriff she begins her investigation refusing to accept the similarities between the young woman’s death and her own case, oblivious to being unexpectedly recognized and penciled in at the top of a clever murderer’s To-Do list. Her internal struggle intensifies when a discredited crime reporter from the past suspiciously arrives in town to resurrect his threadbare reputation, along with an FBI agent chasing down a lead in a cold case. Both men quickly become entangled in Flynn’s investigation and her attempts to finally put her past to rest.

Flynn reluctantly accepts the murder of the young girl might be the work of the two men responsible for her hasty departure from Chicago, but Agent MacGregor insists the evidence points to a man he’s been chasing. As the rising current of her past threatens to pull her under, Flynn finds herself unprepared for option three.

I’ve wanted to be a police officer for as far back as I can remember. I don’t know where the idea started, but it was the driving force behind everything I’ve done in my life. There was a time in college when I thought about continuing on to become a lawyer, but fortunately that quickly passed.

I didn’t want to be a cop in just any city either. After graduating college it was going to be New York, Los Angeles, Boston, or Chicago. I grew up in New England, so Boston would have been an easy choice. I applied to the academy there and to the other cities as well. I made up my mind to accept the first positive response. I was thrilled when I received the acceptance letter from the Chicago Police Academy. After a grueling two years of training I was finally out on patrol. But I guess you’re wondering how I went from big city cop to small town sheriff, right? Well, it wasn’t exactly by choice.

I was hyper as a child, and that carried right over into adulthood. I was a by-the-book cop, but quick on my feet to assess a situation and react. My aggressiveness irritated a few partners along the way, but I didn’t care. I had my sites set on a gold shield, so I charged headlong into every call we answered. I’d be lying if I said everything went according to the book. It didn’t. More than once I found myself backed into a corner. Fortunately, Williams, my partner, was even sharper than I thought I was. Together we made our way up the ranks, getting our gold shields within six months of each other.

After two years in homicide, and a handful of sexist partners, I transferred to Major Cases. I was so delighted to find out I was going to be partnered with my old friend and partner, Williams. The joy didn’t last long. After four months of working cases successfully we caught a quick string of murders, all appearing to be done by the same perp. On a foolish impulse, and disregarding procedure, I followed up on a lead alone. It was a trap set by the murderer we were chasing. This is about when my life shattered.

I was shot and left for dead in an abandoned asylum. If it wasn’t for an irritating reporter who had weaseled his way into the case, we wouldn’t even be having this conversation. I don’t know what we were thinking allowing him to shadow us during the investigation, but as it turned out I’m glad he was there. Once he figured out what I was up to he contacted Williams who was at the courthouse giving testimony in another case. He got to me in time, but my disregard for procedure allowed the perp to escape. He had to make a choice—chase the perp or get me to a hospital.

The whole incident snapped something inside me. I jumped at the slightest noise, slept with the lights on in my apartment, and a handful of other traits associated with a scared little girl. There’s more to the story, but I’ll not bore you with all the details. I’ll jump to where I refused therapy at first, but finally came to my senses. Ignoring what happened just wasn’t cutting it, and I wasn’t getting off desk duty until my psych evaluation cleared me for duty. That didn’t look like it was happening anytime soon.

I took a small leave of absence to get my head together. Two months tops. As a child I vacationed with my parents in Auburn Notch. We rented a cabin on the lake for the summer every year. Those memories are still with me to this day. I decided a change of scenery might help. I hit the road and found myself in the familiar New Hampshire surroundings of my youth.

The mayor was a summer friend from years ago who lived in Auburn Notch. We were both surprised to find each other again. Talking to him actually did more good than my therapist. My short leave of absence turned into a six-month stay, which ended in an offer to become the town sheriff. I declined at first, but the more I thought about it, and the more my shoulder ached from the bullet wound, I finally accepted. I gave up the gritty streets of Chicago to patrol the birch-lined lanes of a quiet New England town.

You would think all would be right with my life at this point. You couldn’t be more wrong. It was a year or so later when evil rolled into town. Imagine the chill that went up my spine when I found the body of a young woman shot and left for dead in an abandoned asylum. If that wasn’t enough of a coincidence, she looked just like me.

Check out a free preview of the book below:

My Thoughts
Between Good and Evil by R. Michael Phillips is the first book in the Auburn Notch mystery series. This story is told in different viewpoints. The very beginning of the book captured my attention. It was an intriguing mystery and I found myself really enjoying the character of Sheriff Promise Flynn. I am looking forward to more in this series. 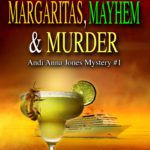