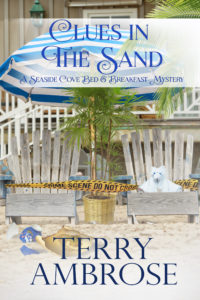 To Rick Atwood’s dismay, the police find a body on the beach near his Seaside Cove B&B. The dead woman held a porcelain fragment from an ancient rice bowl, which the cops believe is a clue to her murder.

The chief suspect is Flynn O’Connor, a female archaeologist known for her hatred of treasure thieves. Trouble is, Rick’s daughter Alex sees Flynn as a role model and will not believe her friend is a killer.

Alex pressures her dad as only a ten-year-old can to prove Flynn is innocent. The mayor is also making demands–for Rick to stay out of the investigation. With his daughter and the mayor at odds, Rick sees trouble brewing. He knows too well how much Alex loves sticking her nose where it doesn’t belong. Especially when there’s murder involved.

Writing humor is a brutal business
Writing funny sucks. There, I said it. I stick by it. Ask writers who have to “write funny” and they’ll probably agree. Now, I admit it, I’m a man and I have no idea what it’s like to have a baby, but it seems like making a book come out funny is filled with about as much pain as giving birth.

Timing is everything
Let’s face it. For most people, creating a baby is easy. Boy meets girl, they get carried away, and voila! A new baby is on the way. It’s not so easy writing a funny scene. The boy and girl don’t even have to have particularly good timing to succeed. But, a funny line delivered at the wrong time? It falls flat like a pancake.

Two types of ESP
When that newborn pops out, things are pretty simple. It’s a tried-and-true formula that has worked for millions of years. Mom and Dad gather round their little bundle of joy, though he might be wrinkled and have no hair, he’s theirs and they are so proud. After all, this little one has ESP. He eats, he sleeps, he poops. (Can I say the “p” word on this blog—I hope so or my post just went into the crapper.) By the way, crapper did not start out as a bad word, it was the name of the first toilet—but, I digress.

For those of us who are writers, birthing our funny lines and entertaining an audience also involves ESP. In order to be acronymically correct, I’ll call it Extra Special Pain. I know, sad.

A thriller writer doesn’t go through the same pain. If they need to grab the reader’s attention, they can whip out a gun and shoot someone. Problem solved. But, if you’re writing funny, you have to set up the situation. Otherwise, it’s the writer who dies, not the bad guy.

It takes patience
Since I’m not a great one-liner kind of guy—I get distracted too easily, have a terrible time remembering jokes, and even had awful pickup lines way back when I was single. So, I practice patience. I’ve spent almost an entire book setting up a situation so I could create a situation that was guaranteed to get a laugh. Except, of course, from curmudgeon grunters, who read, grunt, and move on. Then again, I don’t write for those guys, so ask me if I care.

Of course, at some point in the process, women who are in labor probably say, “Screw patience!” (There’s a really bad joke there, but I won’t use it. I promise.)

Bringing it all together
So, we have three elements—work the timing, avoid the pain, and practice patience. I don’t know how many times I’ve worked on a line, laughed my head off, crafted the words, refined the timing, and perfected the prose, only to toss it when my wife read it and looked back at me blankly. The conversation would typically go something like this with me asking the question:

—What did you think of that section you just read?
—It was okay.
—Okay? I was hoping for a different reaction. Like maybe a laugh.
—Oh.
—It wasn’t funny?
—Well, maybe a little. Tell you what, let me read it again.

Oh, God, someone just shoot me. 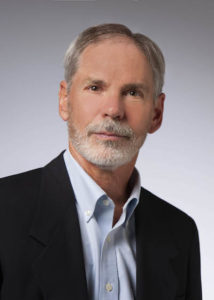 Terry Ambrose is a former skip tracer who only stole cars when it was legal. He’s long since turned his talents to writing mysteries and thrillers. Several of his books have been award finalists and in 2014 his thriller, “Con Game,” won the San Diego Book Awards for Best Action-Thriller. He’s currently working on the Seaside Cove Bed & Breakfast Mystery series.