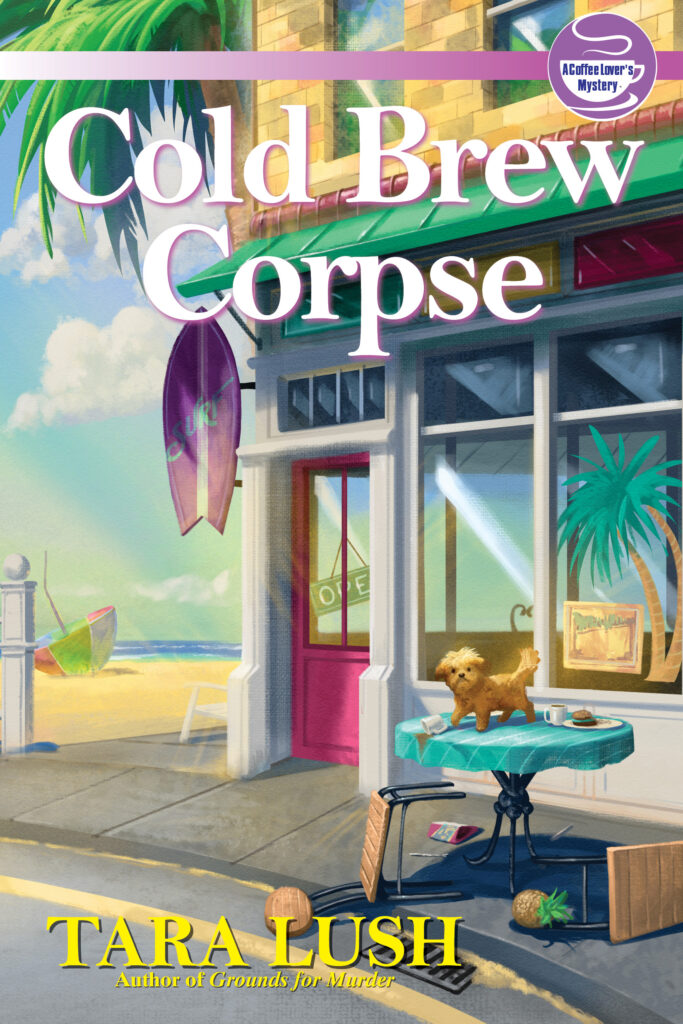 It’s a steamy September, and business is brisk at Perkatory, the hottest coffee shop in Devil’s Beach, FL. Much of the clientele pours in from Dante’s Inferno, the hot yoga studio next door. But the bright, sunny Gulf Coast days turn decidedly dark-roast when the body of the studio’s owner turns up in a nearby swamp.

Between running Perkatory and training Stanley, her golden Shih Tzu puppy, reporter-turned-barista Lana Lewis is too busy to go sleuthing. But when the editor of the local paper asks her to write about the murder, Lana’s dreams of getting back into journalism start to percolate.

Lana discovers that the yogi has a nefarious past and her share of mug shots, so grinding her way through the suspect list is a large task. She learns that the victim was fatally beaned by an SUV before she was dumped in the swamp. But was the killer one of her students? An envious yoga teacher? Or a local photographer who seems to know too much?

But no one tells Lana Lewis what to do. Hunting the caf-fiend who killed the yogi puts Lana and Chief Noah’s relationship–and Lana’s life–in very hot coffee.

Hi. I’m Lana Lewis. The first thing you should know about me is that I’m a journalist—

Well, no. Back up. I’m no longer a journalist. I was laid off about a year ago from a big newspaper in Miami. Right around that time my ex filed for divorce. That one-two punch was when I moved back home, to the island of Devil’s Beach, Florida. It’s in the Gulf of Mexico and where my dad lives.

Things were going along well until I found a body in the alley. I guess that’s where my story starts.

I didn’t mean to get involved with a murder, or become the subject of a book. But as a famous author wrote, “once a journalist, always a journalist,” right? When an opportunity presented itself to write an article about a dead barista, I couldn’t say no.

In case you’re interested in finding out about that situation, the book is called GROUNDS FOR MURDER. Catchy title, right? It’s by author Tara Lush, who also used to be a journalist. Small world, isn’t it?

But I’m not a journalist, not now. I’m really a café manager. I’m proud to say that I run Perkatory, the cutest, best coffeehouse in all of Florida. Possibly in the entire southeast United States.

Our specialties include delicious lattes with pretty art on top, and cold brew. Have you tried cold brew coffee? I mix it and let it sit overnight, so the coffee grounds and water mix and mingle. The result is a smooth, low-acid drink that’s perfect with a splash of cream and some simple syrup—although I always offer fun and unusual drinks, too. Last month I did an oat milk with a delicious lavender syrup.

That was a big hit with customers.

Anyway. After that first murder, I never dreamed I’d get involved with a second, and so soon. It was literally weeks after the barista was murdered when Raina Rose, a yoga teacher at a studio on the same block as Perkatory, went missing.

Once again, I sprang into action. The local paper wanted me to freelance an article, and I couldn’t say no. When Raina was found dead, that really turned the heat up on my investigation.

Of course, by then, I was juggling a ton of other things. My normally delicious cold brew at the coffeehouse tasted weird, and I needed to find out why. My Shih Tzu puppy, Stanley, was failing out of canine kindergarten. There was also Police Chief Noah Garcia…

A word about Chief Garcia, er, Noah. He’s extremely handsome. Like, heart-fluttering, stomach trembling, tongue-tied kind of handsome. And he’s kind and easy to talk with and smart. He’s the full package, and he’s single, which is probably why I’m so anxious that I’m interested in him.

Okay, it’s also because it seems like he’s interested in me, too. Which is a bit baffling, considering I’m not at my personal best these days.

Noah and I get along so well. We love the same books and movies, he loves my quirky sense of humor, and he even likes my weird, hippie father. Oh, and he positively adores Stanley.

The only snag in our budding relationship is these murders, and how I can’t stop getting involved with them. Noah, being the island’s top cop, doesn’t want me snooping around. I can’t say I blame him, of course. I used to cover crime in Miami, and knew a lot of cops. They usually don’t want civilians to poke around.

But I can’t help it. Ferreting out the truth is my passion, and I miss journalism something fierce. And this case with the dead yoga teacher is really bothering me. How did she end up dead near a park? Why didn’t she tell anyone where she was going? Her boyfriend’s acting sketchy, and she had a stalker. Plus her students had a weird, love-hate relationship with her, too.

Since everyone knows my family—we’ve been on the island for generations—people feel comfortable with me and want to chat about Raina’s death. How can I ignore that?

The answer, of course, is that I can’t, and won’t. You can read all about my latest sleuthing effort in COLD BREW CORPSE. It’s also by author Tara Lush, and it just came out December 7.

I personally like the book well enough, even though there were a few scenes that didn’t portray me in the best light. Such as when I fell over and injured my wrist on the beach while gawking at Chief Noah’s butt. Or when I walked in on a men’s candlelight nude yoga class.

Not my best moments, but who am I to criticize the truth?

In speaking of the truth, you’ll find out what really happened to Raina the yoga teacher—and with my relationship with Noah—in COLD BREW CORPSE. Make sure you check it out, and drink a coffee while you read. 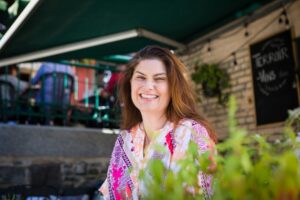 Tara Lush is a Florida-based author and journalist. She’s an RWA Rita finalist, an Amtrak writing fellow, and the winner of the George C. Polk award for environmental journalism.

She was a reporter with The Associated Press in Florida, covering crime, alligators, natural disasters, and politics. She also writes contemporary romance set in tropical locations under the name Tamara Lush.

January 11 – Escape With Dollycas Into A Good Book – REVIEW

January 15 – Reading Is My SuperPower – REVIEW

January 17 – My Journey Back – RECIPE