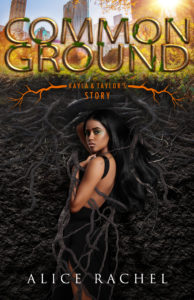 When Taylor Jones moved into the neighborhood, he didn’t expect to fall for the feisty girl next door. His life was already complicated enough as it was. Between his difficult relationship with his father and his sister’s wedding lurking on the horizon, Taylor had a lot on his mind. But his attraction to Kayla wasn’t something he could resist, no matter the consequences.

Karen Jones had no desire to marry the man who had forced his way into her life. She had always liked girls, and pretending to be straight was never an option. But Jeff wasn’t about to ignore his bruised ego and let her go that easily.

Kayla Haynes refused to fall for the handsome man next door. Her previous relationship had been a disaster, and she was done catering to men’s needs. But soon, falling for Taylor would be the least of her concerns.

Add to Goodreads | FREE on ALL platforms: COMMON GROUND 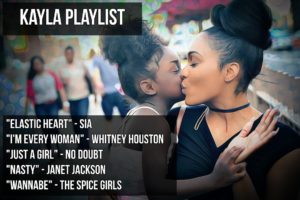 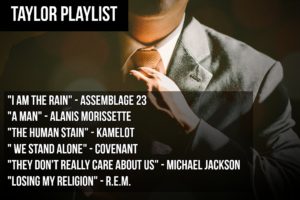 She now lives in the USA, where she teaches French and fosters guinea pigs.

When Alice doesn’t write, she draws, reads, and drinks way too much coffee.

Her YA / NA Dystopian ROMANCE series focuses on feminism and LGBT issues.

She enjoys talking about books a LOT, so send her a message…