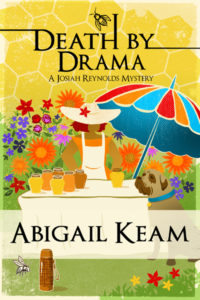 Josiah joins an amateur thespian group that puts on plays in quirky places like public parks and crumbling antebellum mansions. It is a way to socialize, and Josiah feels lonely when her friend Hunter stops calling. Since the new play is being staged at Hunter’s ancestral home Wickliffe Manor, Josiah sees this as a win-win situation. She gets to have fun and remind Hunter that she is still alive and kicking. Hint. Hint.

What could go wrong? Everything!

Hunter ignores the acting group including Josiah, and it doesn’t help when the leading lady, Madison Smythe, drops dead on Hunter’s antique Persian rug. To make matters worse, Franklin, Hunter’s brother, is arrested for her murder!

Josiah does the only thing she can. She sends an S.O.S. to her daughter Asa to investigate the murder. Asa must also discover why a love note from Hunter was found in the dead woman’s coat pocket. Josiah is ready for romance, but she doesn’t want to fall in love with a cheater . . . and possibly a murderer!

Roused from sleep, Asa leaned over and picked up the receiver on her vintage Princess phone. “Hello?”

Somewhere in the back of her groggy mind, Asa understood that phone calls in the middle of the night were not a good thing. The mental sludge disappeared as Asa focused. Someone was calling on her personal line. That could only mean one person. “Hello!”

“I’m so sorry to call you like this, but you’ve got to come home on the first plane you can.”

“What’s happened? Are you in the hospital?”

“Oh, Asa. It’s been terrible. No one can get to the bottom of this but you. The police have made up their minds, and there is no talking them out of it.”

“Mother, if you don’t tell me what the matter is, I’m going to hang up.”

That’s me calling my daughter, Asa, in the middle of the night. She claims to work as an insurance fraud investigator, but no one believes that. She works for Interpol or the CIA, something like that. Let me introduce myself. My name is Josiah Louise Reynolds. Yeah, I know Josiah is a male name, but my grandmother gave me this moniker. She believed women had to have a strong name to survive in this world, and I think she was right.

You’re asking why I was calling my daughter? My friend, Franklin, was arrested for the murder of Madison Smythe, who was the lead actress in The Murder Trap, a play by Abigail Keam. I belong to a little drama club, and we put on plays for our friends. How did I know that life was going to imitate art, and that I was going to stumble over a body again? We were rehearsing the play at Wickliffe Manor, an old, run-down plantation in the Bluegrass. It just happened to be the home of my sometimes boyfriend, Hunter, but I’m wondering if I should pursue the relationship. He and Madison didn’t get along. Could he have had something to do with her murder?

If anyone can get to the bottom of this mystery, it is my badass daughter, Asa. Girl, come home. Your mother needs you! 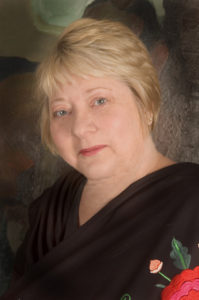 Abigail Keam is an award-winning and Amazon best-selling author who writes the Josiah Reynolds Mystery series about a Southern beekeeper turned amateur female sleuth in the Bluegrass.

Her first mystery novel, DEATH BY A HONEYBEE, won the 2010 Gold Medal Award for Women’s Lit from Reader’s Favorite and was a Finalist of the USA BOOK NEWS-Best Books List of 2011.

DEATH BY DROWNING won the 2011 Gold Medal Award for Best Mystery Sleuth from Reader’s Favorite and also was placed on the USA BOOK NEWS-Best Books List of 2011 as a Finalist.

Miss Abigail is also an award-winning beekeeper who has won 16 honey awards at the Kentucky State Fair including the Barbara Horn Award, which is given to beekeepers who rate a perfect 100 in a honey competition.

A strong supporter of farmers’ markets and local food economy, Miss Abigail has taken her knowledge of beekeeping to create a fictional beekeeping protagonist, Josiah Reynolds, who solves mysteries in the Bluegrass. While Miss Gail’s novels are for enjoyment, she discusses the importance of a local sustainable food economy and land management for honeybees and other creatures.

She currently lives on the Kentucky River in a metal house with her husband and various critters. She still has honeybees.