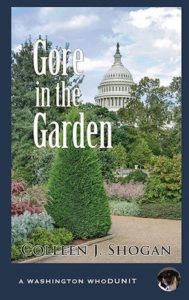 After her boss narrowly escaped political defeat, Kit Marshall is settling into life as a busy congressional staffer. While attending an evening reception at the United States Botanic Garden, Kit’s best friend stumbles upon the body of a high-ranking government official. The chairwoman of a congressional committee asks Kit to investigate, and she finds herself once again in the thick of a murder investigation. The complications keep coming with the unexpected arrival of Kit’s younger brother Sebastian, a hippie protestor who seems more concerned about corporate greed than the professional problems he causes for his sister. To make matters even worse, the romantic lives of Kit’s closest friends are driving her crazy, diverting her attention from the mystery she’s been tasked to solve. The search for the killer requires her to tussle with an investigative journalist right out of a noir novel, a congresswoman fixated on getting a statue of James Madison installed on the Capitol grounds and a bossy botanist who would do anything to protect the plants he loves. When the murderer sends a threatening message to Kit via a highly unusual delivery mechanism, Kit knows she must find the killer or risk the lives of her friends and loved ones. 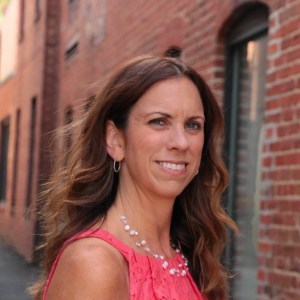 Colleen J. Shogan has been reading mysteries since the age of six. She conceived of the plot of her first mystery, “Stabbing in the Senate,” one morning while taking a walk in her suburban Washington, D.C. neighborhood. A political scientist by training, Colleen has taught American politics at Yale, George Mason University, Georgetown, and Penn. She previously worked on Capitol Hill as a legislative staffer in the United States Senate and as the Deputy Director of the Congressional Research Service. She is currently a senior executive at the Library of Congress who works on great initiatives such as the National Book Festival. Colleen lives in Arlington, Virginia with her husband Rob and their beagle mutt Conan. Colleen’s first book won the Next Generation Indie Prize for Best Mystery. Her books have been RONE and Killer Nashville finalists in the mystery category.