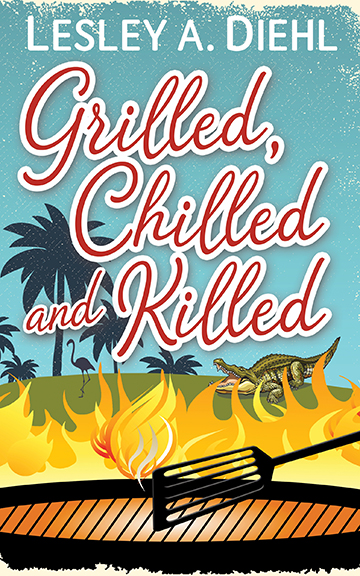 In the second Big Lake Mystery, Emily Rhodes, retired preschool teacher and bartender turned amateur snoop, wonders if she is destined to discover dead bodies. This time she finds one of the contestants at the local barbecue cook-off dead and covered in barbecue sauce in a beer cooler. She should be used to stumbling onto corpses by now and the question of who killed the guy should pique her curiosity, but Emily decides to let Detective Lewis handle this one, at least until she figures his theory of who did the deed is wrong, wrong, wrong. Emily’s pursuit of the killer could end in a steamy shower with her favorite detective or land her in a sinkhole with a dirty cop and an angry mama pig.

Grilled, Chilled and Killed by Lesley A. Diehl is the second cozy book in the Big Lake Murder Mysteries series featuring Emily Rhodes. This book is as enjoyable as the first in the series (Dumpster Dying). Emily unluckily finds herself caught up in another murder and investigation. Though Emily doesn’t want to use her sleuthing skills, she feels she has no choice to make sure the crime is solved correctly.

Emily is a character that is growing on me. I didn’t totally dislike her in the first book, but I was a bit ambivalent toward her. In this installment, I actually liked Emily more than I thought I would. Grilled, Chilled and Killed is a fun addition to the series. The setting is just perfect and I can’t wait to read more Big Lake Murder Mysteries. 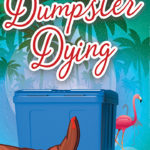