Marketing analyst Becca Daniels has a life that looks good on paper – a coveted promotion in an exciting new city and a successful, handsome fiancé. But with her Hawaiian honeymoon fast approaching, she has to face her biggest fear…water. She can’t swim. On her way to her first swimming lesson, however, she veers left instead of right and nearly runs over her hot, new instructor.

Liam Caldwell has put his life on hold to look after his sick mother. The last thing he needs is the hit-and-run brunette who ruined his motorcycle disrupting the adult swim class. But from the first lesson, he realizes there’s more to the curvy, smart-mouthed Becca than meets the eye, and no matter what he does, he can’t resist her luscious lips and her driving determination.

With each lesson, Becca discovers that what looks good on paper isn’t making her happy. Should she play it safe in the shallow end with her career and fiancé? Or should she dive into deep waters with a man who offers passion and freedom like she’s never imagined?

USA Today Bestselling Author Nana Malone’s love of all things romance and adventure started with a tattered romantic suspense she borrowed from her cousin on a sultry summer afternoon in Ghana at a precocious thirteen. She’s been in love with kick butt heroines ever since.

With her overactive imagination, and channeling her inner Buffy, it was only a matter a time before she started creating her own characters. Waiting for her chance at a job as a ninja assassin, Nana meantime works out her drama, passion, and sass with fictional characters every bit as sassy and kick butt as she thinks she is.

Nana is the author of twenty novels. And the books in her series have been on multiple Amazon Kindle and Barnes & Noble bestseller lists as well as the iTunes Breakout Books list and most notably the USA Today Bestseller list.

USA TODAY Bestselling Author Misty Evans has published over twenty novels and writes romantic suspense, urban fantasy, and paranormal romance. As a writing coach, she helps other authors bring their books – and their dreams of being published – to life.

Her Witches Anonymous series was dubbed a Fallen Angel Reviews Recommended Read. The Super Agent Series, Witches Anonymous Series, and the Kali Sweet Series have been on multiple Amazon Kindle bestsellers lists. Her culinary romantic mystery, THE SECRET INGREDIENT, and the first book in her Deadly series, DEADLY PURSUIT, are both USA TODAY bestsellers.

Misty likes her coffee black, her conspiracy stories juicy, and her wicked characters dressed in couture. When not reading or writing, she enjoys music, movies, and hanging out with her husband, twin sons, and two spoiled puppies. 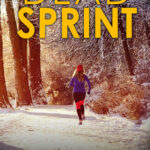