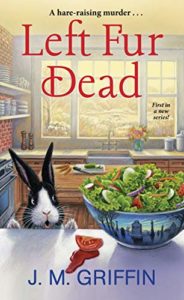 On Fur Bridge Farm, Jules cares for rescued rabbits. But when a killer strikes, she’ll need a rabbit to rescue her…

Juliette “Jules” Bridge prides herself on the tender rehabilitation she provides for injured or abused rabbits on her New Hampshire rescue farm, but she has a very special relationship with one bunny in particular. Bun is a black-and-white rabbit who happens to have the ability to communicate through mental telepathy. Once she got over the shock, Jules found her furry friend had a lot to say.

One frigid March morning on their walk together, Bun spots a body. The police identify the frozen stiff as Arthur Freeman, aka Arty the Mime. Jules and Arty knew each other on the children’s party circuit, where he’d perform magic tricks and she had an educational rabbit petting pen. With Bun egging her on, Jules decides it’s time they hop to it and put their heads together to discover who silenced the mime. But their investigation leads them down a rabbit hole of more suspects and lies, while a killer sets a trap for them…

As the owner of Fur Bridge Farm, I’d like to introduce myself and thank you for inviting me to write a character guest post. My name is Juliette Bridge, a.k.a. Jules. I’m one of J.M. Griffin’s main characters in her first book, Left Fur Dead, in the Bun and Jules cozy mystery series. It is wonderful to be here.

My small rabbit farm is on the outskirts of Windermere in southern New Hampshire. I have domesticated rabbits that I’ve raised, and others that have been brought to me, rescued from dire circumstances. Bun, my house mate, is an American Dutch black and white rabbit who, unbeknownst to me upon his arrival at the farm, can communicateby way of mental telepathy. None of the other rabbits have Bun’s talent. They also aren’t prone to involvement in mystery solving, either.

Originally, I ignored Bun’s chatter thinking it might be my overactive imagination, until I suddenly realized he was indeed speaking to me. Whew! I had begun to think my mind was going downhill. Once I started talking back to him, it became clear that this was an intelligent rabbit with a special gift. I admit, sometimes I wish he wasn’t so vocal in his opinions, though he probably feels the same about me.

He’s come to my aid on more than one occasion, has finer hearing and problem solving skills than most humans. When J.M. Griffin started our story, it was due to watching the wild rabbits eat whatever they chose in the backyard of her countryside home. At least, that’s the impression I got.

In our first novel, Bun and I try to figure out who is trying to ruin the farm. The problem becomes compounded after we discover the dead body of a man not too far from the farm. The same man I had argued with not too long before his death. As the mystery unravels, Bun and I become more involved and secretive, especially when the local sheriff starts snooping around in our findings.

Things get tricky, the safety of the rabbits, the staff, and the farm, come to a head. That’s when everything starts to make sense. Left Fur Dead will make you laugh, and hopefully keep you reading. 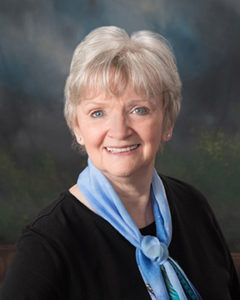 J. M. Griffin is the bestselling cozy mystery author of sixteen novels, including the Vinnie Esposito series. She lives in rural Rhode Island with her husband and two very mysterious cats. Visit her at jm-griffin.com.