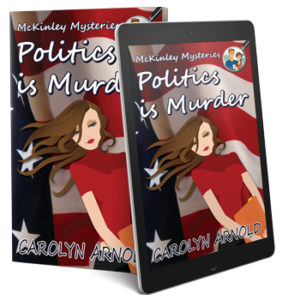 There’s no time for a debate…

Sean and Sara’s popularity as a murder-solving duo has gained momentum. But it’s not until it comes time for a local television interview that they meet Reanne Mable and end up finding themselves involved with a high-profile investigation.

Reanne is the sister-in-law of Albany’s Mayor Davenport and his daughter, Halie, has gone missing from her university campus. With a desire to keep the matter out of the media spotlight, Davenport turns to Sean and Sara to find her. But with the police already investigating the matter, taking this case would pit them against their friends from the police department, including their former sergeant Jimmy Voigt.

As time moves on, though, the fate of the girl is not up for a vote, and the McKinleys set out to find out what really happened. With the mayor taking the heat for a recently passed zoning bylaw, is an enraged small business owner behind Halie’s disappearance? Or did she simply grow tired of living in her father’s limelight and run away?

To get the answers, Sean and Sara will need to use all the resources at their disposal and may have to call upon their good friend Jimmy for help, after all.

Politics is Murder by Carolyn Arnold is the fourth installment in the McKinley Mysteries series. In this book, Sean and Sara are working to find a girl who has disappeared from a college campus. The political ties and going against the Albany Police Department up the stakes for this case. This was an exciting entry in the series. Each book gets better and I enjoy my time with Sean and Sara. 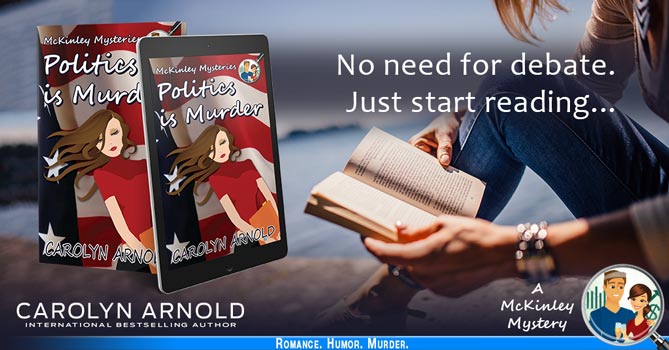 A Parents’ Worst Nightmare Comes to Life in POLITICS IS MURDER

From what I hear, most parents fear sending their kids off to college as much as they are excited for them to go. In Politics is Murder, a parents’ worst nightmare comes to life for Wayne Davenport, the mayor of Albany, when his daughter, Halie, goes missing from her university campus. With his career being so high profile, he still strives to keep this matter out of the news and turns to Sean and Sara McKinley to help find Halie. The only thing is Albany PD is already working the case.

At the risk of pitting themselves against their former colleagues and sergeant and friend Jimmy Voigt, Sean and Sara set out to the university to get answers. But with Davenport’s position, he’s made a lot of enemies and it may be one of them who have his daughter. Sean and Sara are going to have to sort through motives and suspects if they have any hope of finding Halie and returning her alive. They may even have to call upon their good friend Jimmy for help, after all. 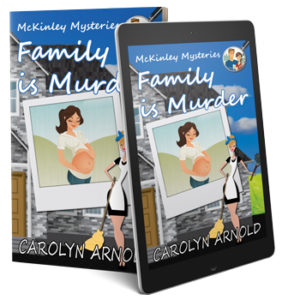 If only there were someone to clean up this mess…

Sean and Sara McKinley put out an ad for a maid, but they never expected Sara’s birth mother to apply—or at least that’s who the woman is claiming she is. While Sean is suspicious of her true identity and motive, Sara opens her heart to the woman. But when a dead body turns up soon after Sara’s supposed mother takes off without so much as a good-bye, they both start to question the truth.

Could they have welcomed a killer into their home and not even known it?

Family is Murder by Carolyn Arnold is book five in the McKinley Mysteries series. This installment has Sean and Sara looking for a maid…and ending up with a big mystery to solve. I flew through the pages on my Kindle with this story. One of my favorite things about this series is that each book feels like an episode of a TV show. I feel connected to and invested in the characters and am thoroughly enjoying my time reading the McKinley Mysteries. Perfect for anyone who love romance and mystery together. 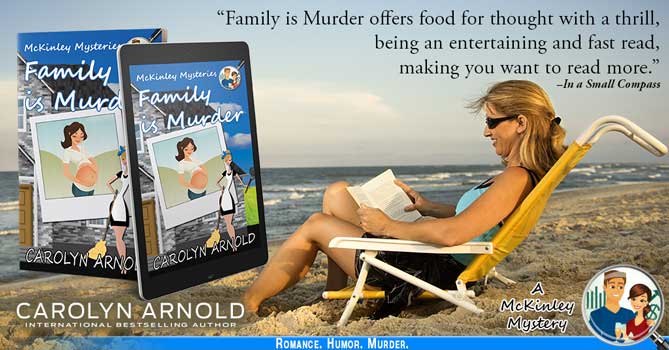 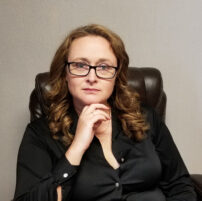