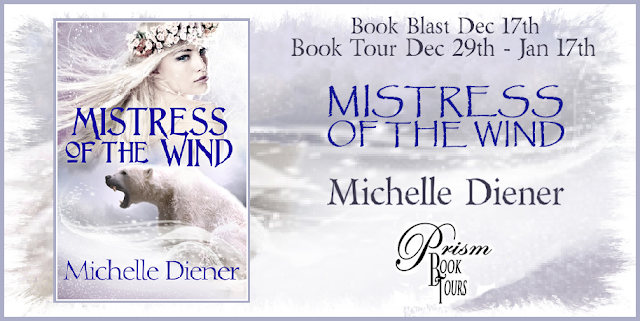 On Tour with Prism Book Tours
The Tour! The fate of his people, and his own life, depends on it. But when he does find her, she is nothing like he imagined, and may just harbor more secrets than he does himself.

Astrid has never taken well to commands. No matter who issues them . . .

She’s clashed her whole life with her father, and now her lover, the mysterious man who comes to her bedroom in darkness and disappears to guard his mountain by day as a bear, is finding it out the hard way. And when he’s taken by his enemies, no one is prepared for Astrid’s response.

It is never wise to anger the mistress of the wind . . .

A captivating and magical adult retelling of the fairy tale East of the Sun, West of the Moon.

Praise for Mistress of the Wind:

“Diener’s adaptation retains the familiar elements of the original, echoing both the structure and spirit of the classic, but true to form, she puts her own spin both the plot and the narrative, crafting an intricately alluring tale of self-sacrifice, steadfast devotion and enduring love.“ Flashlight Commentary

“The story is fast-paced and never boring, the world a beauty and Michelle’s writing so wonderfully detailed that I felt I was with Bjorn and Astrid on their journey.“ Book Bird Reviews

Author Michelle Diener takes this re-telling to another level. She doesn’t restrict herself to an East of the Sun, West of the moon retelling. Instead we are also given parts reminiscent of Psyche’s quest. Which just allowed for a much more richer story. Paperback Wonderland

Check out each stop on the tour! 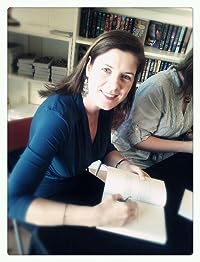 10 copies of Mistress of the Wind, Kindle or print, winner’s choice.