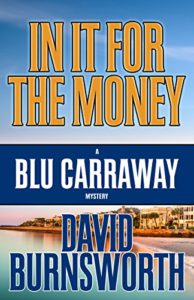 Lucky for him, a client does show up at his doorstep—a distraught mother with a wayward son. She’s rich and her boy’s in danger. Sounds like just the case for Blu. Except nothing about the case is as it seems. The jigsaw pieces—a ransom note, a beat-up minivan, dead strippers, and a missing briefcase filled with money and cocaine—do not make a complete puzzle. The first real case for Blu Carraway Investigations in three years goes off the rails.

And that’s the way he prefers it to be.

Do we choose our pets or do our pets choose us? On the surface, it seems like the obvious answer is we go to the shelter or pet store or breeder and select the animal we want. Sometimes we know exactly what type of dog we’re looking for and that’s what we get.

Then there are times where our pets choose us. A friend of mine tragically lost a dog to illness, only to have another one show up in his garage after a storm a few months later. The dog chose him. We once had a stray kitten hoodwink my mother into feeding him. He ended up staying with us for fourteen years.

Our dog that we had to let go a few years ago chose my wife. She went looking for a pet at an adoption event in front of a pet store. The moment her eyes met our dog’s, the choice had been made. He was her dog and stayed by her side and barely tolerated me after I showed up. Obviously he hadn’t chosen me, but at least he let me scratch his belly.

In my latest book, IN IT FOR THE MONEY, which begins a new series for me, Blu Carraway runs a struggling private investigation agency out of a home office. His house sits on a nine acre island in the lowcountry and he doesn’t have any pets in the traditional sense. Instead, what he has is a scraggly herd of wild Carolina Marsh Tackey horses that roam the marshes in and around his island home. They don’t leave. Even after hurricane Hugo decimated the lowcountry in ’89, they showed back up.

The current members, descendants of that stubborn heard from twenty years ago, also choose to stay. Two of them, named Dink and Doofus, even greet Blu on the way to and from his car. It didn’t take him long to realize these weren’t really tame pets. He’d made the mistake one time of giving them carrots and from that time on that’s what they expect. And then there’s the leader, a black stallion Blu named Murder. He leads the herd with a disciplined, frantic manner, and they follow him. And they’ve already done their part to help protect their island home once from intruders. 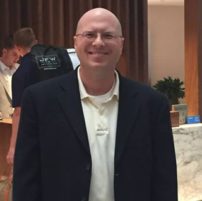 Caught Up In It by David Burnsworth – Spotlight & Giveaway 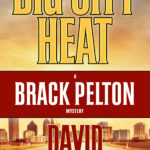