Driven from the flaming ruin of his Iceland farmhouse, young Odd Tangle-Hair, the only survivor of a feud in which his family is slaughtered, steals a ship, rounds up a rag-tag crew and embarks on the Viking life. He swears one day to return, rich and powerful enough to take vengeance on his enemies. But how far off that day seems!

His father, Black Thorvald, had once been a chieftain in Iceland. But in the year 1000, when the country adopted Christianity, Thorvald denounced the new faith and shut himself up in his hall, shunning the world and shunned by it. Odd fears that the worm of cowardice that unmanned his father has infected him too. He has inherited from Thorvald a shock of black hair, a gift for poetry, and an allegiance to Odin, god of battles and magic. But Odd is heir to darker traits as well—a hint of madness and a temper which will sometimes cost him dearly.

Fate carries him and his men to a shamanistic healer in Lapland, to bloody religious strife in Norway, to the lair of a witch in Finland, and finally to the borders of Russia. Here Odd will leave his comrades behind to join the retinue of a Norwegian princeling who is fleeing to the court of Yaroslav, Grand Prince of Rus. New dangers wait for him in that faraway country.

Hi, Bruce! Thank you so much for visiting Brooke Blogs today and answering my Fast Five interview questions.

My writing space is a cozy room on the top floor of our house in Brookline, MA. We live on a private way, so it’s very quiet. From my window right now I see a mass of elms and maples tossing in the wind. Above my computer hangs a drawing of Prince Valiant, my boyhood hero, autographed by Hal Foster, the creator of the strip. On top of a filing cabinet sits a beautiful replica of a Roman centurion’s helmet with a red plume, and a couple of antique pistols.

2) What is your favorite part of the writing process? Your least favorite?

My favorite part is the research (I’m guessing most historical novelists would say the same thing). I could go on researching forever. But eventually the awful moment arrives when you have to call a halt and start actually writing the book. That’s the scary part—putting a 130,000 words on paper, one at a time!

3) Do you have any interesting writing quirks?

I don’t know if I would call it a quirk, but I have a device that I have found very useful: a small digital voice recorder that I carry everywhere I go. Ideas occur unpredictably—while cycling on my exercise bike, standing in line at the supermarket, in bed when I wake in the middle of the night. You think you’ll remember them, but you won’t. You need to record them right away or they’re gone. I used to scribble things on notepads but this is so much more convenient. I’m also an inveterate outliner. Of course, the outline can, and does, change as I proceed through the book, but I need to know that there is some road map there.

Now that I’m retired from a career in teaching, I work part time in our town library. I enjoy that very much. I also like to cook, mostly spicy things. In the evenings I relax, reading history, biography and fiction—but never anything related to the periods I write about, because that would be work. Otherwise, I don’t really have much spare time.

5) What are you working on right now?

I’ve been working on the Viking trilogy, “Odd Tangle-Hair’s Saga” for a long time and it’s finally seeing the light of day. Book one, “Odin’s Child” was just published in May by Blank Slate Press. I already have a contract for the second book, “The Ice Queen”, scheduled for November. It’s all written but will need the usual editing and proofing to get it into final shape. Meanwhile, I’m working on the third volume, “The Guardsman.” I’ve finished one draft but it still needs work. Beyond that, I have a whole raft of other ideas, ranging from Rome in the fourth century AD, to 19th century India, to Shanghai in the 1920s. I just hope I’m around long enough to get to them all.

Thank you again for being a guest at Brooke Blogs. Lots of luck with your latest release, Odin’s Child.

“Meticulous research and poetic writing make Odin’s Child a multilayered masterpiece…It brings medieval Scandinavia vividly alive. Written with passion, peopled with superbly realized characters, I was gripped from the very first page of this historical novel.” -Carol McGrath, author of The Handfasted Wife and The Swan-Daughter

“[Macbain’s] writing is vivid and compelling, and his understanding of Norse and Icelandic culture and history is woven deftly throughout the tale. The cast of characters is well-fleshed out and Odd makes for a wonderful protagonist. I thoroughly enjoyed this novel, and I eagerly await its sequel. Highly recommended.” -Historical Novels Review, Editor’s Choice

Excerpt from Chapter 1: The Stallion Fight At Thingholt

On that day in May, as we rode to the stallion fight at Thingholt, my fate showed itself to me. A raven flew low across the sky into the rising sun and the moment I saw it I knew that Odin had spoken to me and that he would give me courage for the thing I had secretly made up my mind to do. Only now, half a century later, do I see what a long text was folded into that swift vision.

The spring of my sixteenth year had come early to the South Quarter of Iceland, with hot-cold days and thunderclouds sweeping up over the mountains. The stallions, smelling the air, trembled and kicked against their stalls. At this season if you stake out a mare where the stallions can smell her, they will fight like berserkers to get at her, and a great one will die before he breaks and runs.

Black Grani was such a one. This was his fourth spring and the time had come to bring him to the South Quarter Thing and fight him. Thorvald, my father, grumbled and held back, but I gave him no peace, until, at last, he flung up an arm, which meant ‘yes’.

Although my brother Gunnar and I had set out early from the farm, the day was far gone before we came in sight of Thingholt plain and heard the distant shouts of men and the whinnying of horses. We left Grani and our mounts at the horse lines and walked across the sparse heath into the holiday crowd. And as we pushed our way through, there were some who knew us. A few old men came up and in low voices asked to be remembered to our father. But one red-faced woman, seeing us, cried, “Jesu!” and dragged her little daughter from our path.

From boyhood, Bruce Macbain spent his days in reading history and historical fiction. The Greeks and Romans have held a special fascination for him and this led to earning a master’s degree in Classical Studies and a doctorate in Ancient History. Along the way, he also taught English as a Peace Corps Volunteer in Borneo. Later, he taught courses in Greek and Roman civilization at Vanderbilt University and Boston University, and published a few dense scholarly monographs, read by very few. Recently, he has turned to writing fiction, a much more congenial pursuit. He has previously published two historical mysteries set in ancient Rome, Roman Games and its sequel, The Bull Slayer. Now, he has turned his attention to his other favorite folk, the Vikings. Odin’s Child is the first novel of a trilogy, Odd Tangle-Hair’s Saga, which follows our hero—a wanderer, poet and warrior—from his tiny Iceland farm to the Great Palace in Constantinople. It will be published by Blank Slate Press in May, 2015. 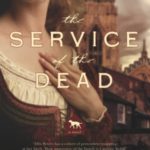