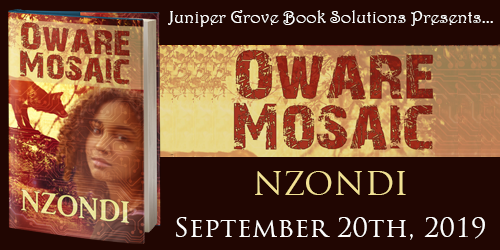 Synopsis:
Decades after a cataclysmic nuclear war, Ghanaian scientists develop technology that stores consciousness onto data orbs called retcons. Seventeen-year-old forensic specialist, Feeni Xo, is an Enhuman (a radiation-enhanced metabolic human) that, similar to a vampire, needs blood for sustenance. Through a game called the House of Oware, Feeni discovers that the virtual construct is actually an augmented reality. She and her human best friend, Sammi, a young detective, have been mysteriously given specialized neural implants that allow them to hack into government software. The two teenagers race against time in a horrific world of deformed beasts to piece together the puzzles of the digital mosaic. Will they find a way to save sentient beings from total extinction or will they run out of time?

Praise for Oware Mosaic: “Once again, Nzondi creates a rich and vibrant world crackling with life. He is a brilliant writer, one readers and critics should be watching.” —Pete Nowalk, creator of How To Get Away With Murder.

“Nzondi’s ‘Oware Mosaic’ is real Afrofuturism, speculative fiction actually set on the continent itself. This is the future of sf, and the future is looking good.” —Steven Barnes, author of Lion’s Blood.

I was born in a dead man’s city. My first taste of how bitter life was, came when my parents died on my eighth birthday. I ended up springing from foster home to foster home but spent the majority of my useless childhood playing role-playing games online to flee from the sting of the African streets. I never played with dolls, wore makeup nor had a boyfriend. Why? The world had fallen ill due to a virus called hate, and that was one disease that led to wars so brutal, it crippled the planet.

So there wasn’t much to do in an insufferable wasteland but play virtual reality games, get wasted and berate myself for still wanting to make a difference on a planet where the word hope had become obsolete in all languages. 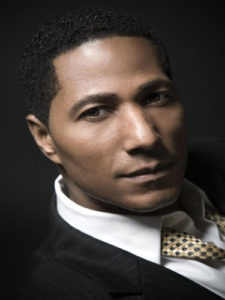 Nzondi was born Acemandese Nzondi Hall in Queens, New York. Hall received his BFA from C. W. Post, Long Island University. Hall is a two-time Honorable Mention winner of the Writers and Illustrators of the Future Award. He is also the author of the novels, The Oware Mosaic (Omnium Gatherum, September 2019), Confessions of Sylva Slasher, (Montag Press, April 2013) and a non-fiction book, Lord of the Flies: Fitness for Writers (Omnium Gatherum, April 2017).