A forbidden friendship that blossoms into love is at the heart of this colorful historical novel.

Abigail Maduro arrives in the Danish West Indies on 1916 to live with her Aunt Esther, a bad tempered spinster, and her houseful of eccentric servants. Despite the island’s veneer of tranquility, St. Thomas is a hotbed of German spies who use their Hamburg-America steamers to aid the Kaiser’s war effort.

When a mysterious stranger suddenly appears in town, Abigail is drawn into the conflict. In the scholarly Erich Seibold, she finds the friendship and love she has been craving, even after she learns that Erich is really a deserter from a German U-boat. But their idyllic interlude comes to a crashing halt when the island’s German consul also discovers Erich’s identity, and blackmails him into committing sabotage. After a melee involving the Danish governor, Erich is thrown into prison, forcing Abigail to risk everything to save him. Action and adventure abound in this colorful historical novel that brings to life a fading West Indian sugar colony in the last days of Danish rule.

Spy Island by Sophie Schiller turned out to be an exciting historical read. When I first started reading, I wasn’t sure if I would enjoy it. I felt like it started out a little slow, but the action quickly picked up. Abbie and Ian were great characters. I felt like they were well-developed and they both had interesting personalities that really added to the story. I liked the detailed settings of the book. I would give Spy Island by Sophie Schiller 3.75 – 4 stars. Once I got into the story, it was able to hold my interest and keep me wanting to find out what would happen next.

Suddenly, a posse of machete-wielding men appears out of nowhere. They offer to find the shooter and bring him to justice. My heart races as I catch the glimmer of the razor-sharp machetes in their muscular, outstretched arms. These men are after Erich and there’s no way to stop them.

I push my way through the crowd, attempting to flee to the safety of the Grand Hotel. All around me scuffles and brawls erupt among the outraged horde, while panicked faces emerge from windows and doorways, each one trying to make sense out of the confusion and strife. I crane my neck over the commotion, hoping to catch sight of the governor. Thankfully, he is still alive, although dazed with confusion. Two policemen haul him to his feet and lead him to the safety of Fort Christian. Still no sign of Erich anywhere. If Erich was indeed was the shooter, he has simply vanished.

Just then, someone screams, “There he is. Grab him!”

I look up. A dozen natives, all brandishing machetes, take off in hot pursuit of a solitary individual who resembles one of the Cha Cha’s from Frenchtown who is pushing his way across the square in horror. Making out his features is impossible as he has a scarf tied around half his face, rendering him unrecognizable. But by his size and height, I am pretty sure it is Erich. I yell for him to run faster, but my voice is drowned out by the deafening roar of the crowd.

Erich scales a low wall and races down the nearest alleyway with a posse of men in hot pursuit. His pursuers shake their fists indignantly, swearing and yelling out threats as they attempt to catch him. Somehow Erich is faster, remarkably agile and adept at outrunning an angry mob, but I know his life is in great danger. With no thought to my own safety, I chase after the posse, hoping I can somehow help to avert disaster.

Erich races down Norre Gade as if he’s on fire. He climbs up the steps of the Frederick Lutheran Church two at a time. When some of the men catch up with him, he swings around, kicking one in the chest and sending them all toppling backwards like a line of dominoes. Another one catches up with Erich, but receives a blinding punch in the face that sends him rolling down the steps like a broken wheel. Erich shakes his fist, then disappears inside the church, barring the door shut.

Another group of indignant citizens reaches the front door of the church and pounds on it with tremendous anger. They lunge at it, trying to push it open. All their force is no use; Erich has barred it from the inside with an iron rod. Amazingly, while they fumble with the front door, Erich slips out the back with the stealth of a mongoose and heads to the back of town.

I catch sight of him as he races down Kongens Gade, dodging bewildered donkey carts and flustered market women as he runs for his life. Just then, a thought occurs to me that by going through with Lothar Langsdorff’s diabolical plan, Erich has sacrificed his own life to save mine. My heart swells with love for him. Fueled by the hope that I can repay the favor, I follow the trail of angry natives intent on bringing justice down on Erich’s head, yet realizing I may never see him again. Sophie Schiller was born in Paterson, NJ and grew up in the West Indies amid aging pirates and retired German spies. She was educated at American University, Washington, DC and now lives in Brooklyn, NY.

Monday, September 15
Review & Giveaway at Queen of All She Reads

Thursday, September 18
Review at CelticLady’s Reviews
Spotlight & Giveaway at Passages to the Past

Thursday, September 25
Spotlight & Giveaway at So Many Precious Books, So Little Time

Friday, September 26
Review at Princess of Eboli
Review at Svetlana’s Reads and Views 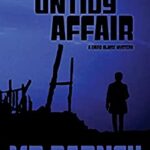 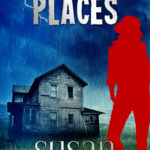 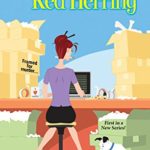 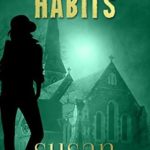 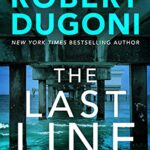