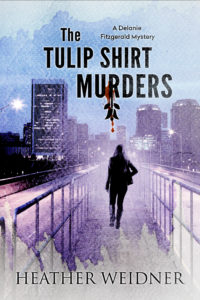 Private investigator Delanie Fitzgerald, and her computer hacker partner, Duncan Reynolds, are back for more sleuthing in The Tulip Shirt Murders. When a local music producer hires the duo to find out who is bootlegging his artists’ CDs, Delanie uncovers more than just copyright thieves. And if chasing bootleggers isn’t bad enough, local strip club owner and resident sleaze, Chaz Smith, pops back into Delanie’s life with more requests. The police have their man in a gruesome murder, but the loud-mouthed strip club owner thinks there is more to the open and shut case. Delanie and Duncan link a series of killings with no common threads. And they must put the rest of the missing pieces together before someone else is murdered.

The Tulip Shirt Murders is a fast-paced mystery that appeals to readers who like a strong female sleuth with a knack for getting herself in and out of humorous situations such as larping and trading elbow jabs with roller derby queens.

My brother, Lt. Steve Fitzgerald thinks I need to find a normal job. My name is Delanie Fitzgerald, and I’m quite pleased with my career choice, private investigator. I own Falcon Investigations. I do most of the sleuthing, and my partner, computer whiz, Duncan Reynolds, has a way with research. The rest of the world calls it hacking, but I look the other way because he has a way of getting computers to cough up information that people want to keep hidden.

Most days, I go to the office with Duncan and Margaret, his English bulldog, or run errands like everyone else. But with this job, I do get to play dress up and spy – usually on cheating husbands. My brother calls it stalking for a living. But I like to think that I’m a grown-up Nancy Drew. I show up at the mark’s favorite bar in my little black dress and see what happens. It’s amazing what people will tell a stranger.

People think that investigating is glamorous. It can be, but if I’m not working, I spend most evenings with what’s on my DVR in my Sears Catalog home. It’s the Yates model, and the original owners ordered it from Sears in 1939. The pieces arrived by train and were eventually assembled into my bungalow. It’s quirky, but I love it.

New cases are exciting, but they can involve long hours of stakeouts and talking to anyone who could have information pertinent to the case. I learned a long time ago that if I carry a clipboard and look official, people will tell me just about anything. I keep a bag of work gear: clipboards, lanyards with lots of IDs, and a variety of hats and wigs in the trunk of my black Mustang for any occasion. It also helps that Duncan likes gadgets. He always has the latest hidden microphone, camera, or bugging device. I have a purse, a lapel pin, and a hat that have hidden cameras. They’re perfect for investigating. I wish we had a drone. That would make stakeouts more interesting. Stakeouts are the worst part of the job. My mind tends to wander when I get bored.

But I have had a few adventures lately. Our latest case in a murder investigation. My client, local strip club owner Charles Wellington Smith, III (Chaz), and the victim’s family don’t feel the police have the right person, the victim’s boyfriend. Duncan found other similar murders in different areas of Virginia, and if we can prove they are related, then the accused is off the hook because he was in police custody at the time of the other killings.

While Duncan was knee deep in the Dark Web, I interviewed a classmate of the victim. That’s where I was introduced to larping (Live Action Role-play). It seems this is a cross between fantasy games and improvisation. The guy I interviewed told me all about his medieval guild that meets regularly in local parks to reenact battles scenes. From the interview, I quickly ruled him out as a murder suspect. And since I don’t have a pointy princess hat, I scooted out of there before he tried to recruit me for his next LARP.

Duncan found four other murders that were similar to our victim’s in areas outside of Central Virginia. One was different from the others, so I went to that victim’s last job to poke around. The victim skated part-time with the River Rats roller derby team. When I went inside the rink to ask questions, the manager said she’s talk to me if I’d lace up and practice with them since she was short-staffed. I hoped it would be like riding a bike. I hadn’t been on skates since the days of couples’ skate under the disco ball and the shoot-the-duck contests. A couple of warm-up laps did the trick, and I was thrilled that I didn’t face plant in front of the professionals. The River Rats didn’t take any mercy on me. I got bumped, slammed, elbowed, and kneed, and I left with a few aches and bruises. But it made for an interesting afternoon. And my interview ruled out that this murder was connected to the others.

So, even those these interviews didn’t lead to the killer, they helped us cross names off the list. And Duncan and I are determined to find the real killer to free an innocent man, so we’ll keep digging and putting the clues together. 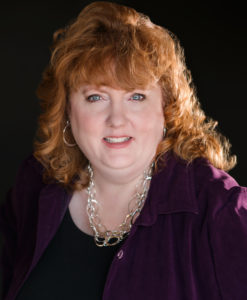 Heather Weidner’s short stories appear in the Virginia is for Mysteries series and 50 Shades of Cabernet. She is a member of Sisters in Crime – Central Virginia, Guppies, Lethal Ladies Write, and James River Writers. The Tulip Shirt Murders is her second novel in her Delanie Fitzgerald series.

Originally from Virginia Beach, Heather has been a mystery fan since Scooby Doo and Nancy Drew. She lives in Central Virginia with her husband and a pair of Jack Russell terriers.

Heather earned her BA in English from Virginia Wesleyan College and her MA in American literature from the University of Richmond. Through the years, she has been a technical writer, editor, college professor, software tester, and IT manager. She blogs regularly with the Lethal Ladies and Pens, Paws, and Claws.